Tropical Storm Nicole played out as expected in Polk County

LAKELAND, Fla. - Polk County's emergency operations center did not get any reports of major damages from Tropical Storm Nicole.

Paul Womble, the Polk emergency operations director, said they had one report that came in, but when Lakeland police checked it out, they didn't find any damage.

The storm did, however, cause a number of headaches.

It knocked out the traffic light at one of Lakeland’s busiest intersections, Memorial Boulevard and South Florida Avenue. It also cut off power to about 3,000 homes countywide, several hundred of them in Lakeland.

Lakeland Electric had 30 out of state crews on standby just in case they were needed. The crews were cut loose, because the storm did so little damage. 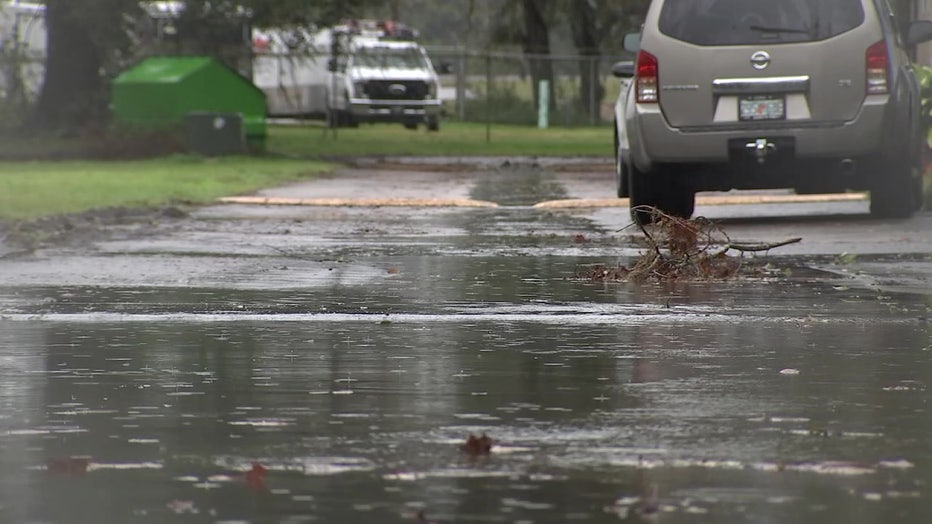 "The impact from the storm was much smaller than what we expected," said Cathryn Lacy, a spokesperson for Lakeland Electric.

In Fort Meade, a power pole came halfway down, but Nicole essentially left Polk County unscathed. That’s quite a contrast to the damage done by Hurricane Ian.

The major hurricane caused extensive flooding and downed tons of trees, much of which are still sitting on roadsides waiting to be hauled off.

All in all, emergency managers said Nicole was like a Florida summer storm, but lasted a lot longer.

"We hope we’re done, but we’re got three more weeks until the end of the hurricane season," Womble said. "I hope we don’t have to do this again. Ever. But certainly not this year."