TAMPA, Fla. - Storm surge and hurricane warnings have been issued for parts of Louisiana through the Florida Panhandle has Zeta is projected to make landfall on Wednesday.

Zeta briefly weakened and was downgraded to a tropical storm over the Yucatan Peninsula, but it is expected to become a hurricane again as it enters the Gulf of Mexico, explained FOX 13's meteorologist Dave Osterberg.

"Once it moves out into the southern Gulf of Mexico, it will likely reintensify and will either make landfall as a very strong tropical storm or a minimal hurricane with winds of about 85 mph," he said. "That process is probably going to happen in the evening hours on Wednesday there in southeastern Louisiana." 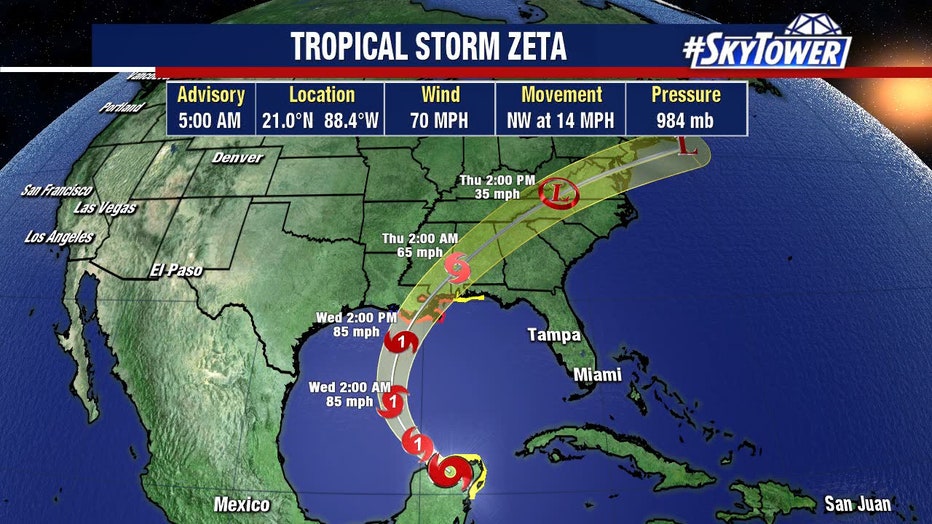 The storm will remain well west of Tampa Bay. The National Hurricane Center has since issued warnings for the northern Gulf coast.

A Hurricane Warning is in effect for:
- Morgan City Louisiana to the Mississippi/Alabama border
- Lake Pontchartrain, Lake Maurepas, and Metropolitan New Orleans

A Tropical Storm Watch is in effect for:
-    West of Morgan City to Intracoastal City Louisiana 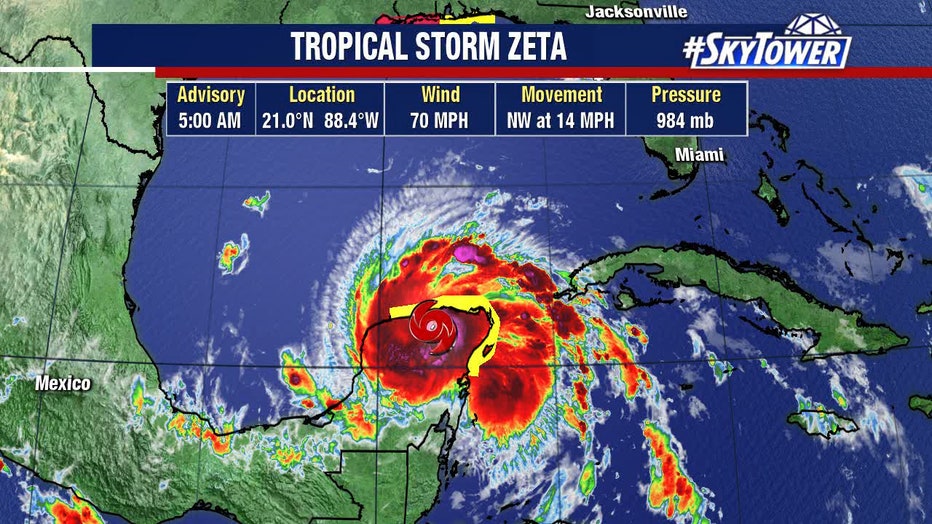 Zeta made landfall on the Caribbean coast of the eastern Yucatan Peninsula late Monday while whipping the resorts around Tulum with rain and wind.

The U.S. National Hurricane Center said Zeta came ashore just north of Tulum with maximum sustained winds of 80 mph. Zeta was predicted to lose some power while crossing the peninsula, before regaining hurricane strength in the Gulf.

On Sunday, Zeta became the earliest ever 27th named storm of the Atlantic season. It broke the previous earliest 27th Atlantic named storm that formed Nov. 29, 2005.

According to the NHC, records show the 2005 Atlantic season had the most number of named storms -- a total of 28. After Zeta's formation, the number for the 2020 season is now at 27 named storms.

The next name on the Atlantic hurricane season list would be "Eta."