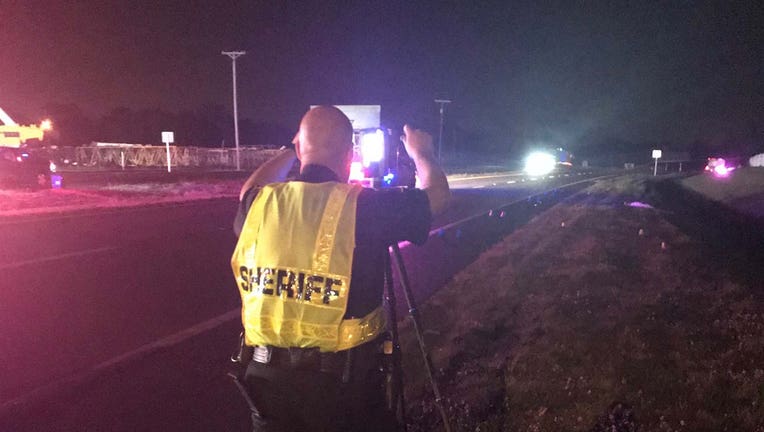 MULBERRY, Fla. - Polk County deputies said two pedestrians were killed when they were hit by a semi-truck crash Monday night.

According to preliminary information, the driver of the semi-truck, a 54-year-old man from Lakeland, crossed the white fog line, causing the tractor-trailer to hit both male pedestrians. Deputies said the crash occurred east of Coronet Road and as the road was starting to curve.

Both pedestrians were walking east of the paved right-of-way, deputies said. They were found lying in a grassy area, south of the roadway.

Deputies said 29-year-old Rafael Gandoy passed away at the scene, and 23-year-old Armando Melendez had a faint pulse. Melendez was taken to Lakeland Regional Health, where he passed away.

The semi-truck driver remained at the crash scene during the investigation.

The road was closed to traffic for nearly five hours.