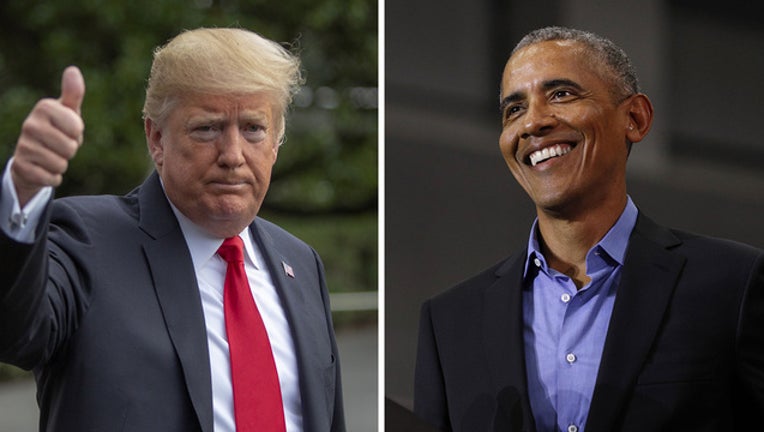 TALLAHASSEE (NSF) - In the closing days of Florida’s high-stakes races for governor and U.S. senator, President Donald Trump and former President Barack Obama will try to rally the Republican and Democratic faithful in the state.

Trump will hold rallies Wednesday in Lee County and Saturday in Pensacola, while Obama will appear Friday in Miami, according to announcements from Trump’s campaign organization and the Florida Democratic Party.

The locations of Trump’s rallies are a sign that Republicans are trying to motivate conservative voters to go to the polls to support GOP gubernatorial candidate Ron DeSantis and U.S. Senate candidate Rick Scott in the Nov. 6 elections. Southwest Florida and the Panhandle are two party strongholds where Republicans look to run up large vote margins.

Meanwhile, Southeast Florida is where Democrats have long looked to run up big numbers, and Obama’s trip to Miami is aimed at turning out voters for gubernatorial candidate Andrew Gillum and U.S. Sen. Bill Nelson.

“President Obama knows what’s at stake in this election --- protections for people with pre-existing conditions, funding for public schools, and leadership to restore our environment,” Gillum said in a prepared statement released Monday morning by the Florida Democratic Party. “With President Obama’s help, we’re going to bring it home for Florida this November.”

Trump’s Florida appearances are part of a series of rallies across the country in important states. That includes rallies scheduled this week in Missouri and West Virginia, which also have closely watched U.S. Senate races.

“President Trump is expected to discuss the booming economy, his tough stance on immigration, free market solutions for health care, and more,” his campaign organization said Sunday in announcing the Pensacola rally. “He will also remind Floridians of the critical need to get out and vote for the GOP in the midterm elections.”

Trump will appear at 7 p.m. Wednesday at Hertz Arena in Estero, just outside Fort Myers, and at 6:30 p.m. Central time Saturday at Pensacola International Airport, according to his campaign organization. Obama will appear Friday at Ice Palace Films Studios in Miami, with the Florida Democratic Party saying full details will be released later in the week.

The visits by Trump and Obama will come shortly after their vice presidents also campaigned for top-of-the-ticket candidates in the state.

Vice President Mike Pence appeared Thursday at a rally for DeSantis in Jacksonville --- another region that has been a Republican stronghold. Earlier last week, former Vice President Joe Biden campaigned for Gillum, Nelson and other Democrats in key areas such as Tampa and Orlando.