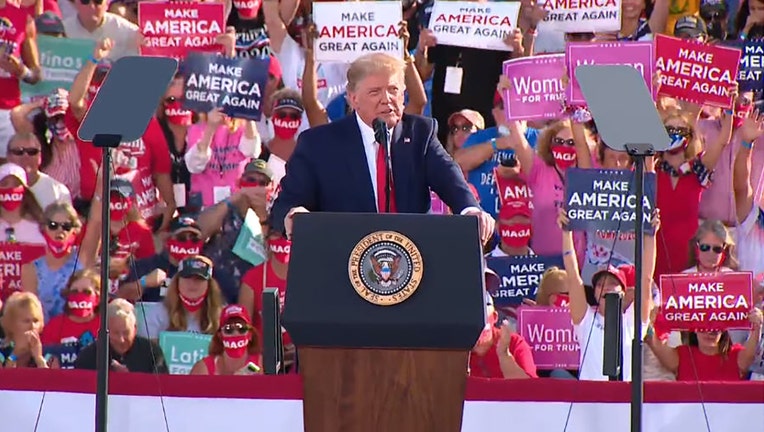 THE VILLAGES, Fla. - President Donald Trump is once again heading to the Sunshine State.

The president will make two campaign stops in Florida on Friday, marking his third trip to the state in about 10 days. He recently held rallies in Fort Myers, Sanford and Ocala.

Trump's campaign said he will make his first stop in The Villages at 4:30 p.m.

His second rally will be held at 7 p.m. the same night in Pensacola.

RELATED: Obama to campaign in Florida, one day after Trump's visit

His latest Florida visit will be followed less than 24 hours later by former President Barack Obama, who will head to the state to campaign for Joe Biden in Miami on Saturday.

It will be Obama's first in-person campaign appearance in Florida for his former vice president.

Both Trump's and Biden's campaigns are heavily focusing on the battleground state with Election Day less than two weeks away.