WASHINGTON - President Donald Trump on Friday said New Orleans Saints quarterback Drew Brees should not have apologized for comments he made regarding players kneeling in protest during the national anthem and that everyone should stand.

“I am a big fan of Drew Brees. I think he’s truly one of the greatest quarterbacks, but he should not have taken back his original stance on honoring our magnificent American Flag. OLD GLORY is to be revered, cherished, and flown high,” Trump wrote on Twitter. “We should be standing up straight and tall, ideally with a salute, or a hand on heart. There are other things you can protest, but not our Great American Flag - NO KNEELING!” 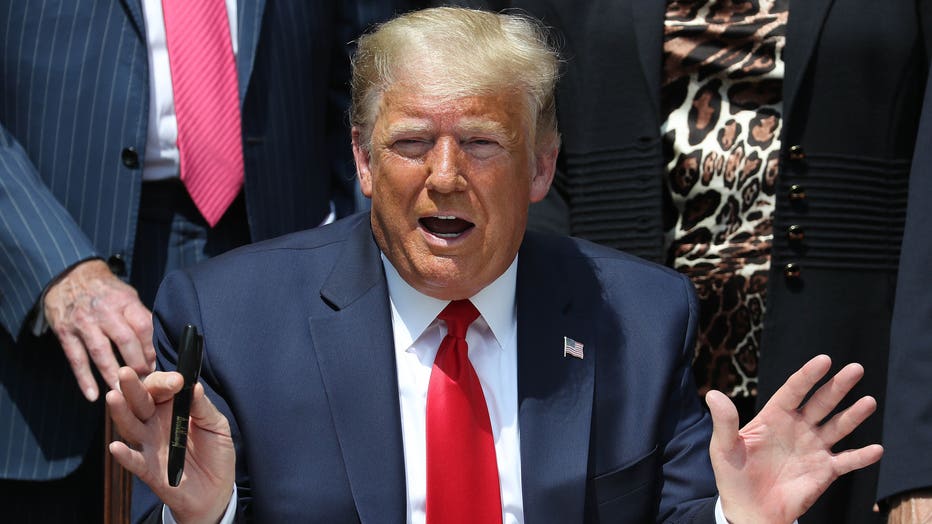 President Donald Trump speaks during a news conference in the Rose Garden at the White House June 5, 2020 in Washington, D.C. (Photo by Chip Somodevilla/Getty Images)

Brees told Yahoo Finance that he would “never agree” with the gesture of kneeling during the national anthem. His comments, made amid widespread protests across the U.S. over police brutality and race relations in the wake of George Floyd’s death, were met with criticism by many.

In response, Los Angeles Lakers superstar LeBron James wrote on Twitter that kneeling during the anthem has “nothing to do” with disrespecting the flag and U.S. soldiers. James referred to former San Francisco 49ers quarterback Colin Kaepernick, who famously helped start a wave of protests over police brutality and racial inequality in 2016 by kneeling during the national anthem at games.

Brees later apologized after receiving backlash, writing on Instagram that his comments “completely missed the mark” and vowed to fight for racial equality.

Trump has been a critic of NFL players kneeling in the past, saying in 2018 that “maybe you shouldn’t be in the country” if you don’t stand for the anthem.