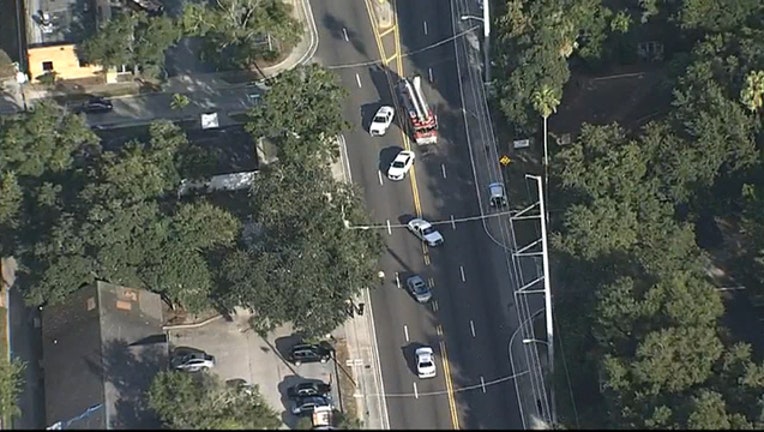 TAMPA (FOX 13) - Two children were injured and taken to the hospital after being hit by a car on East Dr. Martin Luther King Jr. Boulevard in Tampa Tuesday.

The crash happened near North Mayfield Avenue. The driver of the car that hit the children stayed on the scene and cooperated with police.

Officers with the Tampa Police Department said the children - a 12-year-old boy and his 7-year-old sister - were taken to the hospital with non-life-threatening injuries.

Police say the kids were trying to cross E MLK Jr. Boulevard around 5 p.m. They were reportedly crossing outside of a crosswalk.

Investigators said some of the westbound lanes stopped, but in the last lane, the driver of a car did not see the children and struck them as they entered his lane.