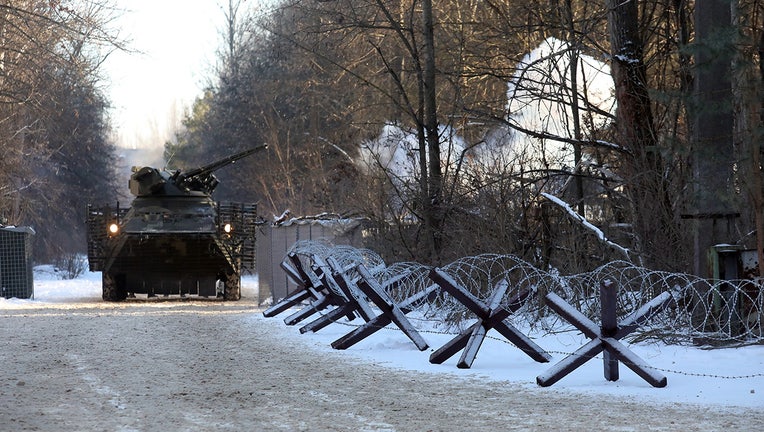 A military vehicle with spaced armour is pictured during tactical drills for Ukrainian Interior Ministry units to practice interoperability while defending a city, urban combat tactics and response to the aftermath of the hostilities in Prypiat, the

A Ukrainian official said Russian shelling hit a radioactive waste repository and an increase in radiation levels was reported. The official spoke on condition of anonymity to discuss the sensitive matter.

"This is one of the most serious threats to Europe today," Podolyak said.

Among those seeking refuge from Ukraine are Americans caught in the crossfire. One Bay Area group is getting involved to bring them home safe.

A nuclear reactor at the plant 130 kilometers north of Ukraine’s capital, Kyiv, exploded in April 1986, sending a radioactive cloud across Europe.

The exploded reactor was covered by a protective shelter several years ago to prevent radiation leaks.

It was not immediately possible for experts to access the repository to assess damage before Russian forces overtook the site.