On September 14, 1951, he was serving with H Company 3rd Battalion 5th Marine Regiment in Korea. Corporal Naimo was stationed at the Battle of the Punch Bowl.

As his company moved forward, they were hit with round after round of artillery and mortars. When a mortar hit a hole where two Marines were stationed, Cpl. Naimo ran to them.

"The first one I carried out, another mortar hit close by and we landed on the ground and I thought I was going to hurt him more, but I was wounded myself," he recalled. 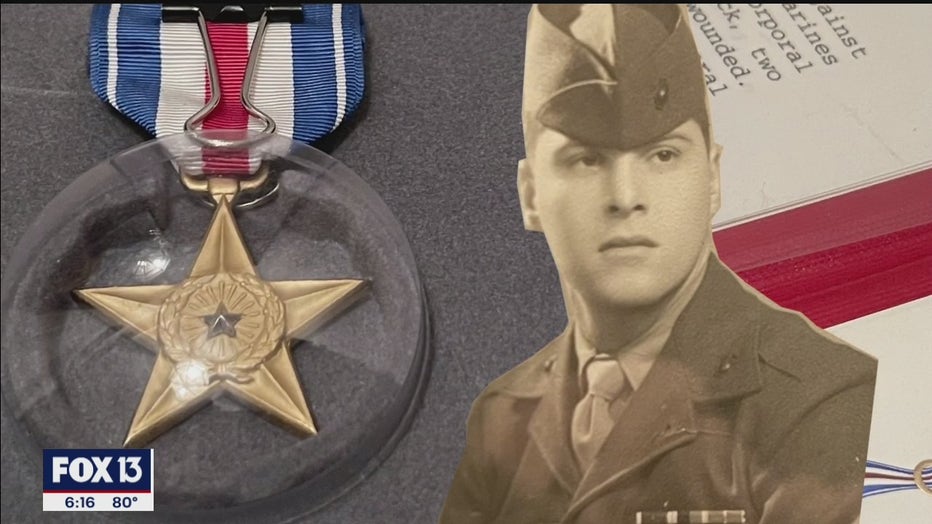 Retired Marine Corporal Salvatore Naimo was honored for his bravery decades after his service.

After dropping off the first Marine for medical attention and getting patched up, he rushed to help the second Marine.

"They were so seriously wounded that when I carried them out they could hardly talk," said Naimo.

He never learned their names but ran back into enemy fire. As attack bugles sounded he used spare weapons to fight back against enemy forces from trying to overtake their position.

He'd be recognized by his platoon commander, but his commander would be killed two days later in combat. Cpl. Naimo's actions would go unrecognized for decades until his story captured the attention of Ret. Colonel Robert Crawford, another Marine veteran. 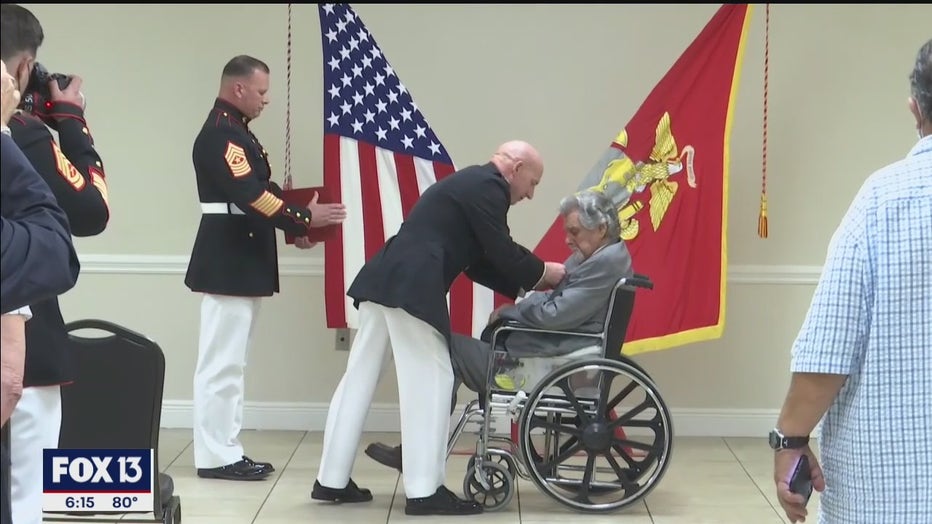 "I was asked really to get involved and help get this done as a senior Marine in the community. I said sure. Like a lot of Marines, I don’t quit," said Ret. Col. Crawford.

After five years of presenting eye-witness accounts and working with the government. Cpl. Naimo received the Silver Star on his 89th birthday.

"The actions that day really indicates Cpl. Naimo’s character and who he is as an individual. His dedication to the Marine’s around him. Truly remarkable. It’s few and far between that you see throughout our armed services today," said Col. John Polidoro with the United State Marine Corps.

Nearly 70 years have passed, it's an honor he earned.

"It means a lot to recognize one of our own. It doesn't matter if it’s today, 10 years ago, 20 years ago, seven years ago. We always want to make sure our Marines are recognized for the performance they did," said Col. Polidoro

And it's an honor he deserves.

"It wasn't when it was supposed to be, but it's still prestigious and I'm honored to receive it," said Naimo.