Volunteers decked the halls for a Navy veteran and his family

SARASOTA, Fla. - A local veteran got quite the surprise when he returned home to find his house totally decorated for Christmas on Tuesday.

Volunteers with Florida Power & Light decorated veteran Chris Scott's home with thousands of lights. After untangling all the lights and preparing a big surprise, Chris and his family arrived.

"This is special though, I appreciate it. This is a lot. This is amazing. Thank you guys for caring," he said.

Chris served eight years as a fleet marine force corpsman attached to the 3rd Battalion 2nd Marines. In 2008, he'd been injured in Iraq, but he continued serving. He was deployed to Afghanistan and Haiti before he medically retired in 2012.

"They wanted to get lights up so we were going to start to try and work on it this week. I haven't been feeling too good lately so this is helps out a lot," he said. 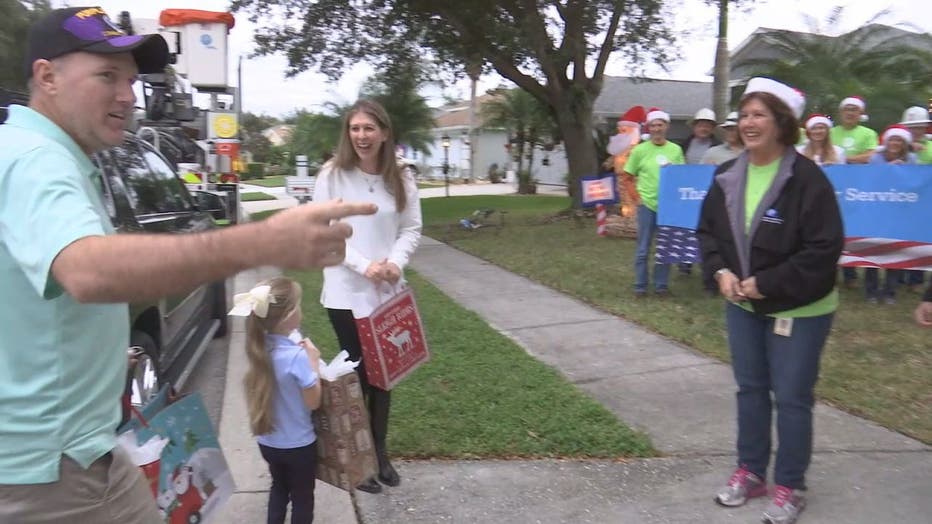 "Just the satisfaction of being able to do something for someone that’s really the reason for the season to give back joy. It’s a little thing for some people but I hope it’s a huge thing for this family," said Rae Dowling, the area manager for Florida Power & Light.

For Chris and his family, it's a present that will never be forgotten.

"You go over and you fight. You fight for your country," he added. "It was just a duty that I decided I needed to do and to come home and be taken care of by people and people caring and people doing stuff like this -- it's really special."