TAMPA, Fla. - His singing of the national anthem rings through a sea of flags at Veterans Memorial Park in Hillsborough County. It also brings a flood of memories for 58-year-old Thurnell “Chip” Shields. He survived the bombing of the U.S. Marines barracks in Beirut in 1983 that killed 241 Marines.

“I was on the third floor and I was trapped for approximately two and a half hours in the rubble,” Shields shared. “And I was fortunate enough that one of my platoon mates came through and found me and dug me out”

Shields is a driver/engineer with Hillsborough County Fire Rescue. He spent 20 years in the Marines and reserves. He sings the anthem and other patriotic songs at civic events. He salutes heroes whether they’re in the military or our communities.

“And those are the type of people we need today, selflessness, going out to help someone else in need, those are real heroes,” he said. 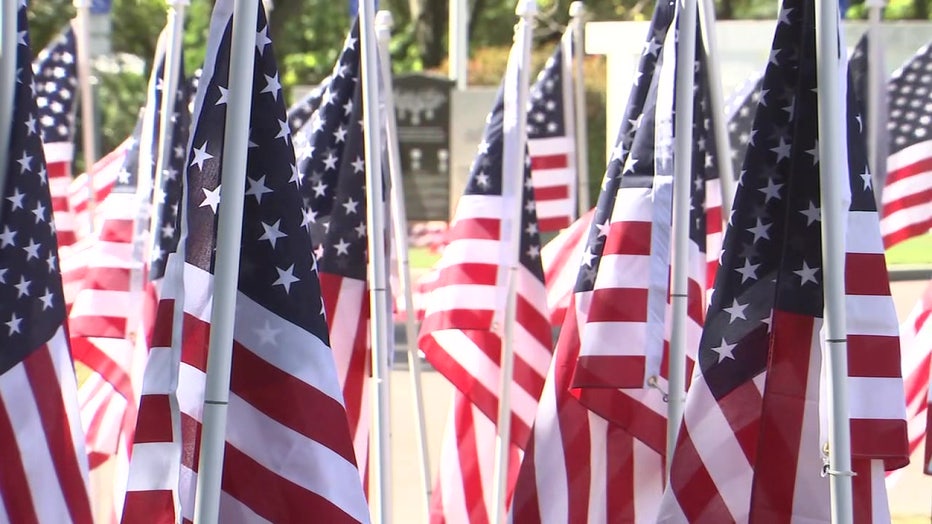 Those are the heroes recognized Wednesday at the first Flags for Hillsborough Heroes event. Veterans Park was filled with more than 200 flags that carried medallions imprinted with the names of first responders, teachers, community activists, and others recognized for service to their neighbors. Each flag was sponsored by a company, organization, or individual with proceeds going to local charitable organizations. The event was sponsored by the Rotary Club of Tampa.

“I hope that one thing we can all agree on is that we all could use more heroes in our lives,” said former Hillsborough County Commissioner Kevin Beckner, the master of ceremonies.

Shields said he learned as a Marine that heroes aren’t separated by politics, race, or origin. 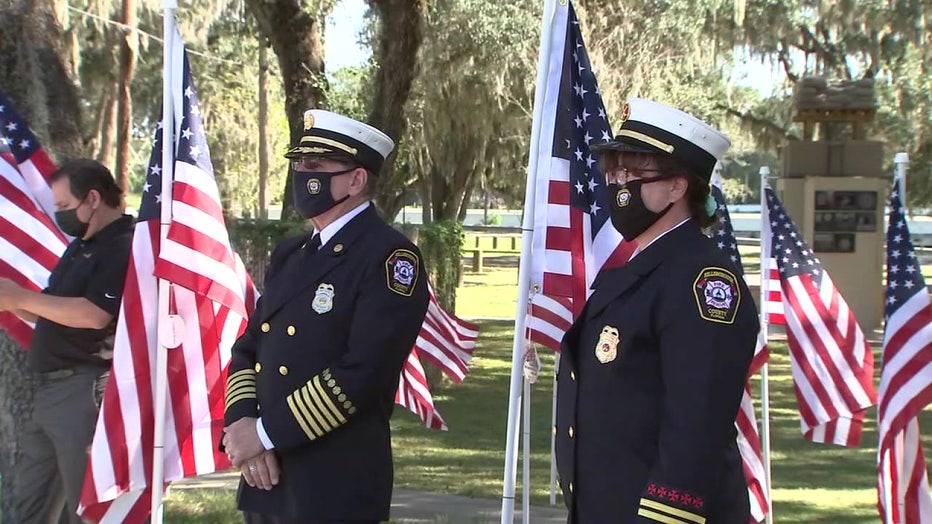 Shields was one of just 52 who survived the attack in Beirut.

“I can never forget my fallen brethren,” he said. “And they’ll just always be in my heart.”

Shields says plans call for a small memorial to the Marines who died in Beirut here at Hillsborough Veterans Park. He says we should remember our fallen heroes and celebrate those still among us. In challenging times, heroes can help us get through.