The event was attended by Hillsborough County sheriff's deputies, a Plant City motorcycle club, and a host of family and friends.

"We had the 16th Battalion. They were all good fellows," Forbes recalled.

He married his wife Evelyn when he got back from the war in 1945.

"He saw me on the corner and he liked how I looked so made it a point to find me," said Ms. Forbes. "We dated five years and been together ever since." 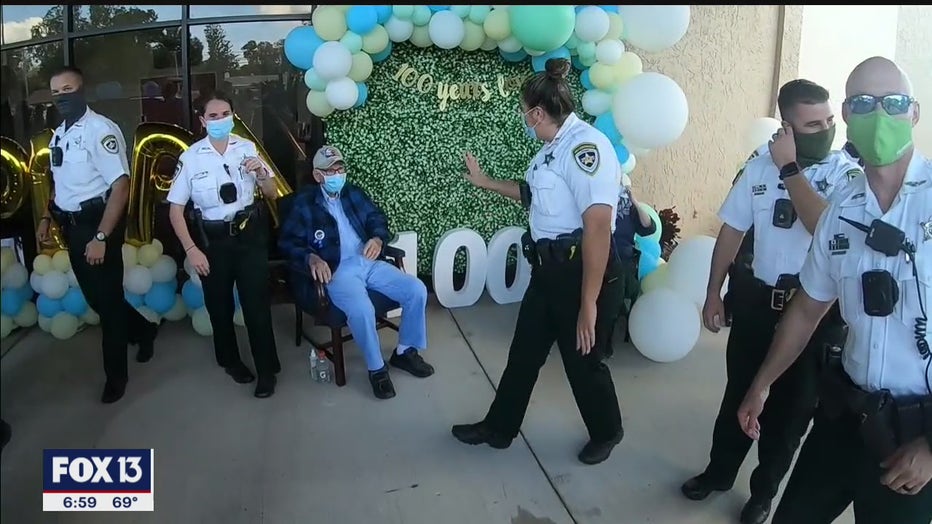 He worked 30 years for Seaboard Coastline Railroad and retired in 1982.

"Pretty hard work sometimes," said Mr. Forbes. "I worked at night a lot of times but it was good."

Mr. Forbes' family put the event together to honor his life, so far, and what's to come.

"I guess being 100 years old, they show appreciation to me. They show me they care about me," Forbes said.

The community came together in an act of love to celebrate the life and sacrifice of an American hero.