Police in South Florida arrested a man who was caught on camera standing inside a protected sea turtle nesting area, despite a number of beachgoers confronting him, telling him that what he was doing was illegal.

MIAMI BEACH, Fla. - Police in South Florida arrested a man who was caught on camera standing inside a protected sea turtle nesting area.

Investigators said Brandon Bowen, 33, chose the cordoned-off spot on Miami Beach as his place to watch fireworks on the Fourth of July – despite a number of beachgoers confronting him, telling him that what he was doing was illegal.

Cell phone video showed Bowen defiantly standing in the middle of the roped-off area, right where the eggs would be buried beneath the sand, cursing at those telling him to move.

"I ain’t scared of you, I’m sitting by my [expletive] self," he can be heard saying in the video. 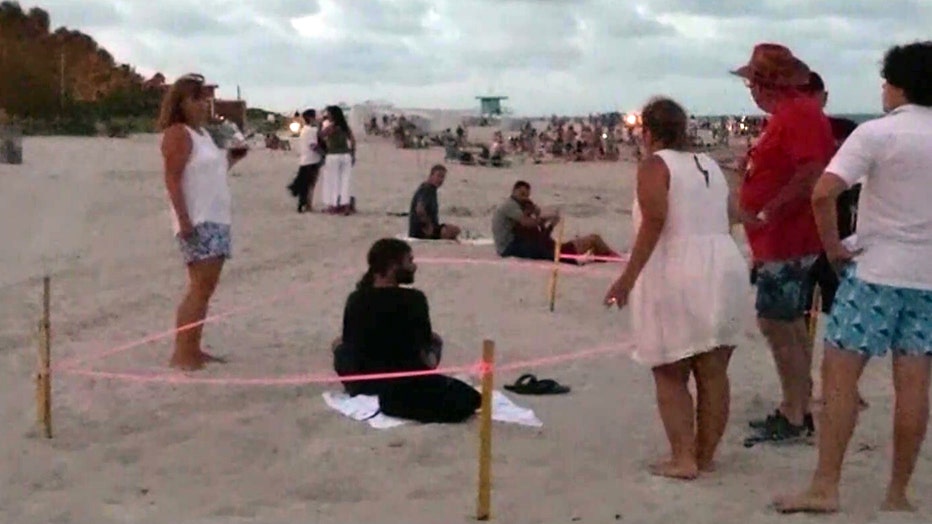 Nicole Ponce, who was one of the people trying to get the man to move, told WSVN that someone eventually called police. She showed officers her video of Bowen.

"That is completely illegal," Ponce said. "He would have destroyed all the eggs that were there."

Police eventually found Bowen nearby and arrested him. 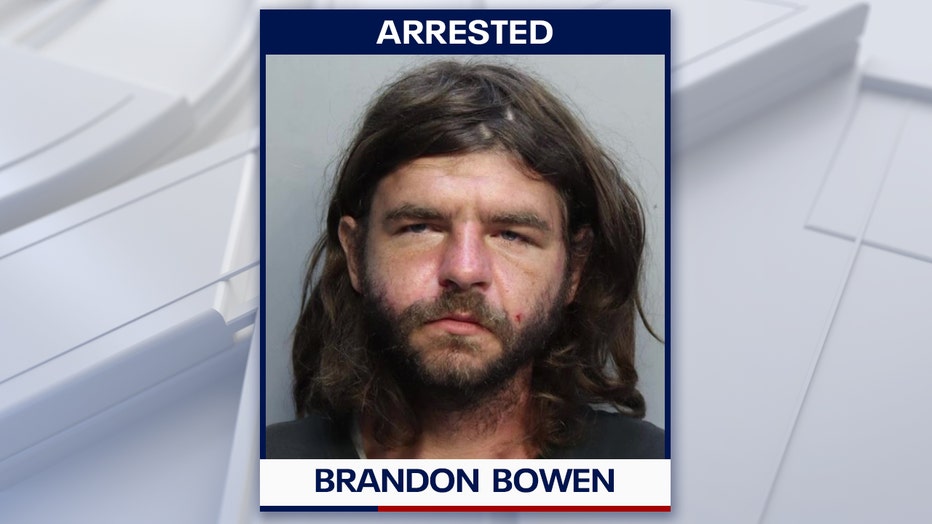 Bette Zirkelbach, who runs the Turtle Hospital in the Florida Keys, said the video "sickened" her, knowing that dozens of eggs may have been destroyed.

"They lay a nest, and that chamber gets covered with sand, so you’re not gonna see from the surface that there’s a nest there, but inside that chamber is 100 to 120 eggs," she told WSVN.

Bowen was charged with harassing or molesting marine turtles or their eggs. He is being held on $5,000 bond.