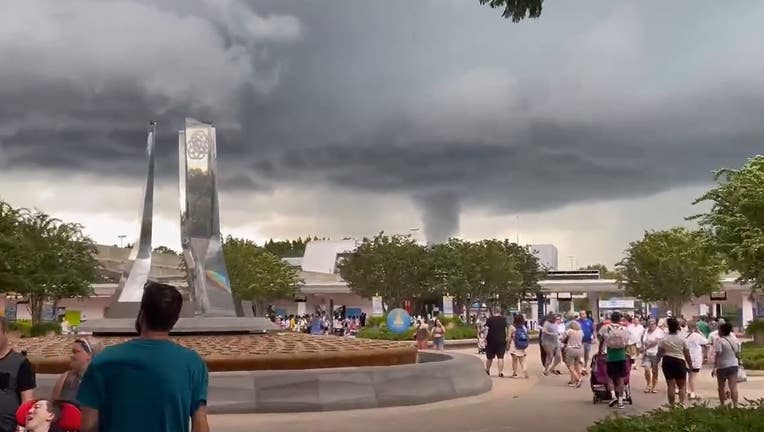 ORLANDO, Fla - If you've ever noticed a scary, low, ominous looking cloud that makes you think a tornado will soon approach, it's most likely a scattered cumulus under deck — better known as a scud cloud.

One family at Disney World captured the cloud Thursday and recorded its ominous appearance while at Disney's Epcot theme park.

Scud clouds are fragments that seem to hang much lower in the sky than the rest of the clouds. They sometimes form points that make them look like tornadoes. Scud clouds are just smaller bits of condensation that aren't attached to the higher layers of thicker storm clouds. They normally form when cool, moist wind meets the warm air ahead of a thunderstorm.