Search for suspects in Mulberry

MULBERRY, Fla. - It may have started off as a joke, but got serious very quickly.

The Polk Sheriff’s Office says five young people -- three guys and two women -- broke into the Mulberry Railcar lot on Prairie Mine Road after it closed on June 3 and created havoc.

Detectives say they sprayed graffiti all over, emptied a fire extinguisher, stole money meant for employees if they did a good job, and took a company truck on a joyride.

The truck was eventually recovered.

"We don’t know the motivation," said Polk Sheriff’s Office spokesman Brian Bruchey. "They could have been thinking this was a prank. Maybe it started off as some kind of a prank, but they screwed up at some point because what they did do were some pretty serious crimes, some big felonies." 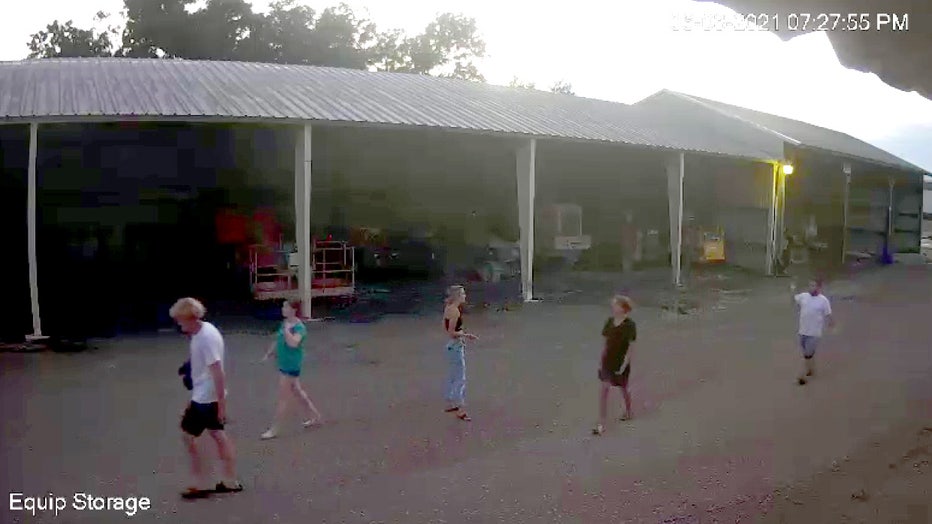 Investigators have the surveillance video from that night. Unlike many videos, this one is pretty good, even better after it was enhanced. So detectives are confident they will be able to track the suspects down.

By mid-afternoon Monday, one young woman had turned herself in. The sheriff’s office was still looking for the other suspects.

A company spokesman for Mulberry Railcar had no comment on the incident.