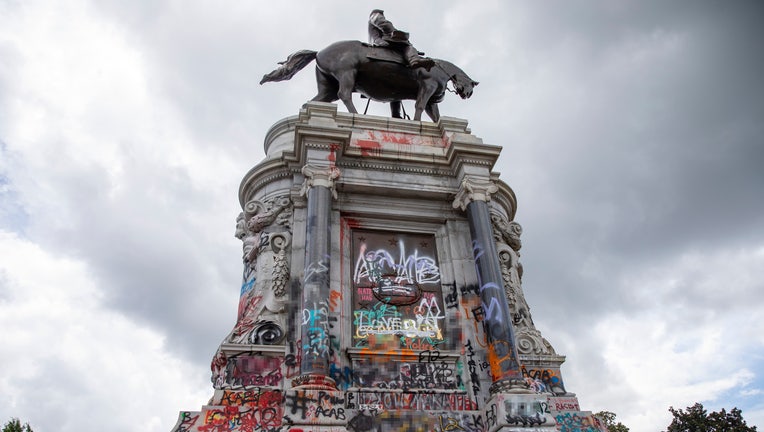 Richmond Circuit Court Judge Bradley Cavedo, who said the legal effort to stop the statue's removal was flawed, gave the plaintiffs in the high-profile case three weeks to rework their lawsuit.

Cavedo said the Lee statue "belongs to the people" and set a new hearing for July 23.

The massive 12-ton statue has stood along the tree-lined streets of historic Monument Avenue since 1890.

Northam ordered its removal earlier this month, following coast-to-coast protests over the death of George Floyd, a black man who died after a white police officer in Minneapolis knelt on his neck for several minutes.

Thursday's ruling as well as the June 8 injunction came in response to a lawsuit filed by the great-grandson of two signatories of the 1890 deed that transferred ownership of the land where the statue stands over to the state.

William C. Gregory's lawsuit argues that under the terms of the agreement, the state is supposed to consider the statue as well as the area around it "perpetually sacred" and should "faithfully guard it" and "affectionately protect it." 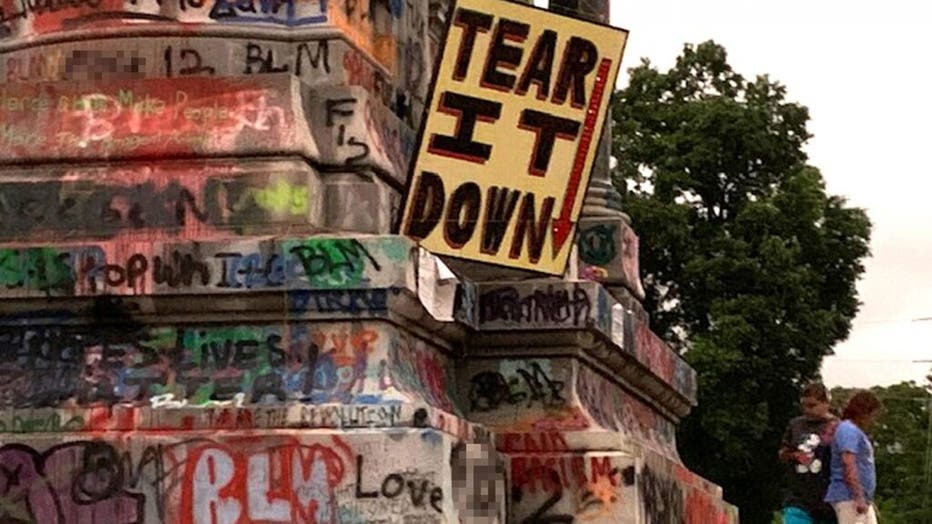 The base of the Gen. Robert E. Lee statute in Richmond, Va. is covered in graffiti. (Barnini Chakraborty/Fox News)

There have been two other lawsuits filed related to the removal of Lee's statue.

In one, six Monument Avenue residents claimed that removing the iconic statues on the historic street would decrease their property values and hurt tax incentives.

Related: Pulling down statues of racists? Africa's done it for years

Since Northam's June 4 announcement that the statue should come down, the spot has served as a rallying point for protesters and community members.

Today, graffiti covers the base and sides of almost all the statues built in tribute to Confederate soldiers on Monument Avenue.