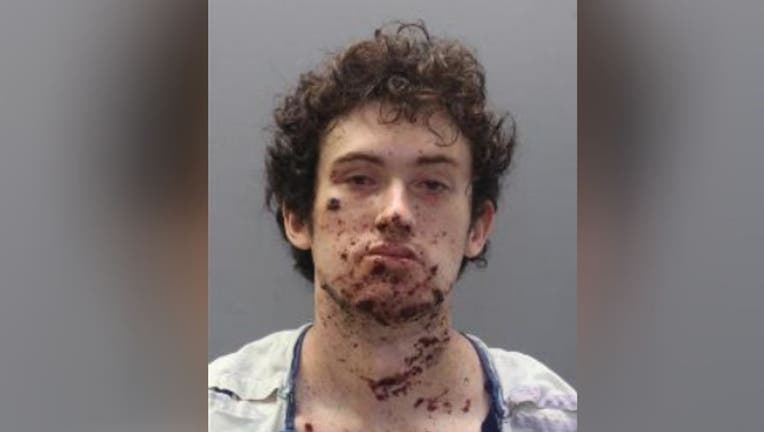 ABINGDON, Va. (AP) - A southwest Virginia man who blew off his hand in an apparent explosives accident has been charged in federal court after authorities say they found evidence he was making a bomb and wanted to target “hot cheerleaders” because of his sexual frustrations.

An FBI affidavit filed Friday in federal court in Abingdon says 23-year-old Cole Carini of Richlands showed up at a hospital Wednesday with one hand blown off, fingers blown off his second and other shrapnel wounds.

He told authorities he'd been in a lawnmower accident. But authorities searched his property, and found explosives materials, rusty nails, pipes and pieces of flesh. They also found parts of a scorched letter that referenced tension "as he now approached the stage of hot cheerleaders" and “I will not be afraid of the consequences no matter what I will be heroic I will make a statement like Elliott Rodgers.”

Elliott Rodger killed himself in 2014 after killing six others, including two women outside a sorority house near Santa Barbara, Caifornia, leaving behind a manifesto that has been a rallying point for the online “incel” community. Incels, a shorthand phrase for “involuntarily celibate,” justify violence against women as revenge for men who are rejected as sexual partners.

Online court records show Carini is being held in custody pending appointment of an attorney.

He is charged with making false statements to law enforcement.