FORT MEADE, Fla. - A national volunteer organization is coming to the rescue for families in Fort Meade whose homes have been damaged by Hurricane Ian.

Team Rubicon provides free volunteer labor after a disaster. Team members are using Fort Meade as a home base for their efforts in Polk and Hardee counties right now.

Other teams are working in Southwest Florida which was devastated by the storm, and elsewhere around the country.

MORE: Florida's ‘shark maternity ward’ may have been forever changed after direct hit by Hurricane Ian

About 30 volunteers are working in a number of locations locally.

"Their assistance has just been phenomenal," Resident Jennifer Camp told FOX 13. "They have done more than I could have imagined or expected."

Camp's roof collapsed because of Ian’s pounding rain. As a result, almost everything inside was ruined. 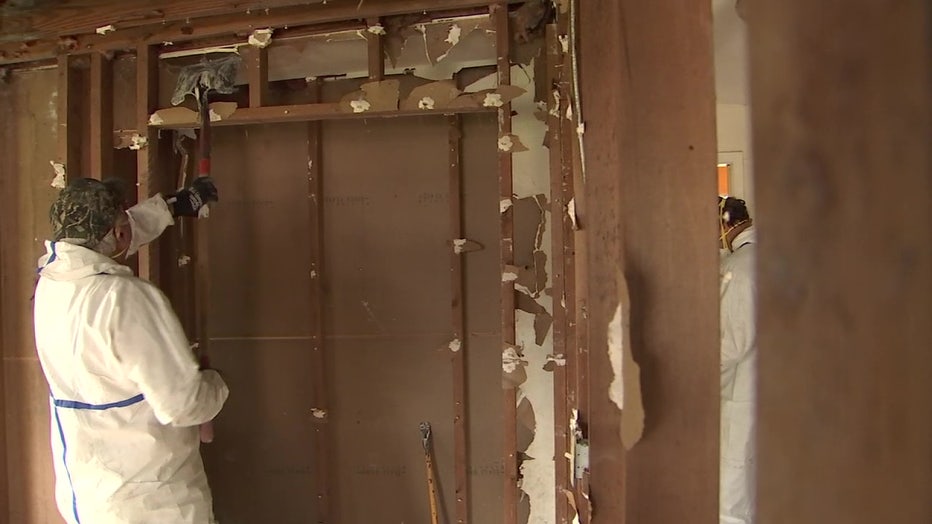 On Thursday, volunteers hauled out water soaked furniture and carpets, and removed damaged drywall. Team members do as much prep work as they can so that a contractor can come in and start rebuilding quicker.

"We have a tarping team that will go out and help tarp roofs, we’re got muck out team, and remove any debris in the homes, help remove any drywall, floors, ceilings," said Valerie Desio, an incident commander for Team Rubicon.

At least two out of three volunteers have law enforcement, fire or military backgrounds. Some are retired, and others take a vacation from work to go on a mission.

The name "Team Rubicon" goes back to the Roman Empire when Julius Caesar crossed the Rubicon River. The term became synonymous with a full speed ahead attitude no matter what.

The team plans to be in Fort Meade until the end of the month.