Officer Jason Raynor, 26, remains in critical condition a day after being shot while responding to a suspicious incident at a location on Kingston Ave, the Daytona Beach Police Department said. The suspect, identified as Othal Wallace, 29, was still on the run early Thursday evening.

DAYTONA BEACH, Fla. - A Daytona Beach police officer injured after receiving a gunshot wound to the head while on patrol on Wednesday evening has been identified.

Officer Jason Raynor, 26, remains in critical condition a day after being shot while responding to a suspicious incident at a location on Kingston Ave, the Daytona Beach Police Department said.

The suspect, identified as Othal Wallace, 29, is still on the run and could have made his way to Georgia, according to law enforcement.

Daytona Beach Police Chief Jakari Young said Raynor had a successful surgery and has shown some improvement.  He provided an update during a news conference late Thursday afternoon.  After having conversations with his officers about this incident, he said it has not impacted their dedication to serving the community.

"We worked really hard in this city to try to change the narrative from what you see in other areas of the country," said Chief Young. "We're not going to let ‘evil’ win. We're going to continue to serve our community. If they need us, we will be there."

A Daytona Beach police officer injured after receiving a gunshot wound to the head while on patrol on Wednesday evening has been identified as Jason Raynor, 26,

The shooting occurred around 9 p.m. Wednesday as Officer Raynor was on patrol and noticed a suspicious vehicle. After several minutes passed, the officer stopped responding to other units calling him on the radio.  Officers arrived at his location where they discovered him lying on the ground suffering from a gunshot wound.

Raynor underwent surgery which was completed before 4 a.m. on Thursday. He remains at the hospital in critical condition.

A GoFundMe page has been set up for Officer Raynor. If you would like to donate, click here.

A $100,000 reward is available for anyone who can help authorities locate Wallace.  Authorities said Wallace should be considered armed and dangerous. He was last seen driving a gray 2016 Honda HRV bearing California license plate 7TNX532.

The Atlanta Police Department confirmed with our sister station, FOX 5, that law enforcement in the metro Atlanta area has been advised to be on the lookout for Wallace. According to investigators, his vehicle was last "pinged" in an area around Stockbridge, Georgia. 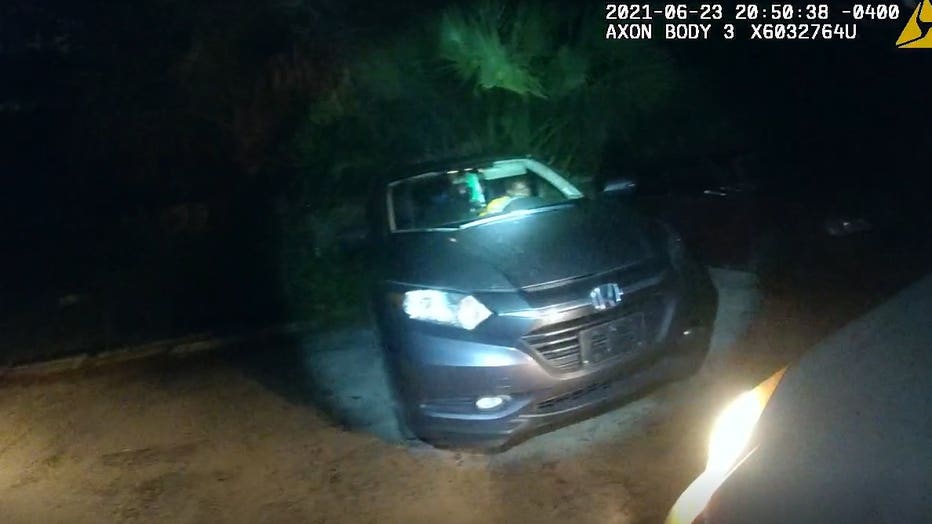 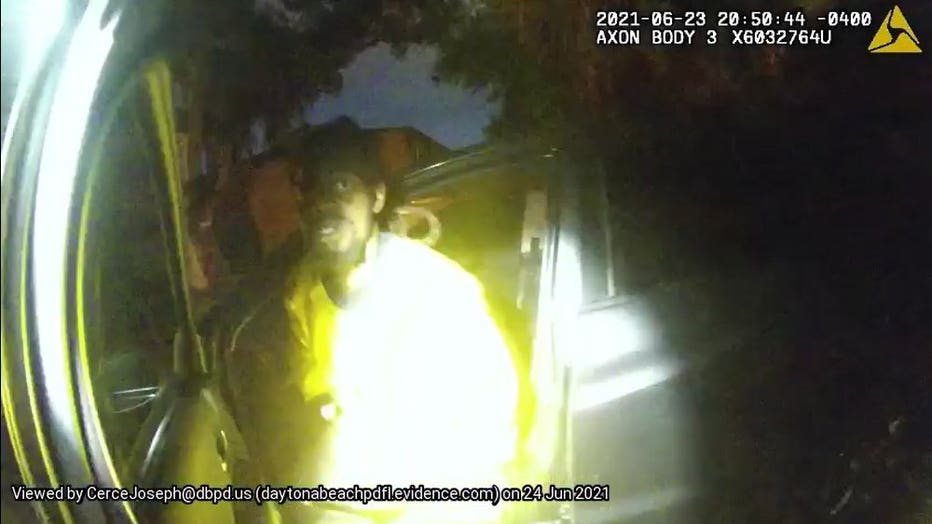 Chief Young said Raynor still has a long way to go in his recovery.

"This cop is 26-years-old, behind me, fighting for his life, most of us are just starting to live at 26-years-old. We are completely heartbroken by what took place," Chief Young said.

He described the officer as someone who would do everything in his power to continue serving his community.

For the time being, the officer's mother is by his side in the hospital.

Chief Young also spoke about his officers. Every single one of them showed up this morning, as he said there were no sick calls. He assured the Daytona Beach community that, "Even though we are hurt, even though we are heartbroken, if you need us, we will be there."

"I am extremely proud of these cops but again, I am extremely disappointed that this happened here in my community," he said. "We work extremely hard here to try and change that narrative."

A prayer vigil was held outside of Halifax Health on Thursday afternoon to show support for the injured officer and his family.

The NAACP and the Daytona Beach Black Clergy Alliance are holding a prayer vigil for the police officer wounded in a shooting on Wednesday evening.

Law enforcement agencies from across Central Florida and U.S. Marshalls are looking for Wallace. Chief Young said that at least three ballistic vests, multiple ammo magazines, firearms like a rifle and semi-automatic handgun, and boxes of rifle rounds were found at the suspect's apartment.

Orange County Mayor Jerry Demings, who was previously the Orange County Sheriff, released a statement about the incident in Daytona Beach, which read, "I woke up today to the sad news of the senseless shooting of a Daytona Beach police officer and I offer my prayers for his full recovery. As a Central Florida community, we stand in support of the officer, his family, and agency during these challenging times. We must work together to get violent criminals off our streets."

The Orlando Police Chief also spoke about the incident on Good Day Orlando.

FOX 35 looked into Wallace's background. He has five previous felony cases in Volusia County and at least one arrest in Brevard County. Chief Young said police are working on several leads.

Anyone with information is urged to contact 911 immediately.  Anonymous tips can also be submitted at 386-671-5555.