Walmart is expanding its drone delivery service to Florida by the end of the year.

NEW YORK - Walmart Inc. on Monday lowered its profit outlook for the second quarter and the full year, saying rising prices on food and gas are forcing shoppers to cut back on discretionary items, particularly clothing, that carry higher profit margins.

That behavior is forcing the nation's largest retailer, based in Bentonville, Arkansas, to step up discounts on general merchandise items like home furnishings and electronics to move inventory.

Walmart's move to lower its profit outlook in the middle of the quarter is rare and raised worries about how inflation, the highest in 40 years, is affecting the entire consumer sector. The stocks of many major retailers, including Target, Macy's and Kohl's, fell following Walmart's Monday announcement. Several big consumer companies, including Amazon, McDonald's and Procter & Gamble, are set to report their quarterly earnings results this week.

RELATED: Florida's 2022 back-to-school tax holiday begins — here's how much you can save

The warning follows reports by Walmart, Target and other retailers in May that a faster-than-expected shopper shift away from items that were popular in the height of the pandemic, such as casual clothing and home goods, left them with extra inventory they need to further discount.

"As the country’s largest retailer, Walmart is a bellwether for the entire sector," said Neil Saunders, managing director of GlobalData Retail in a report. "Its downgrading of second quarter and full fiscal guidance is a cause for concern and highlights the pressure that all retailers are currently under."

The news from Walmart comes as the Federal Reserve is set to announce another hefty hike in its benchmark interest rate on Wednesday. Together with its previous rate increases, the Fed’s moves will make borrowing costlier for individuals and companies and likely damper the economy over time. 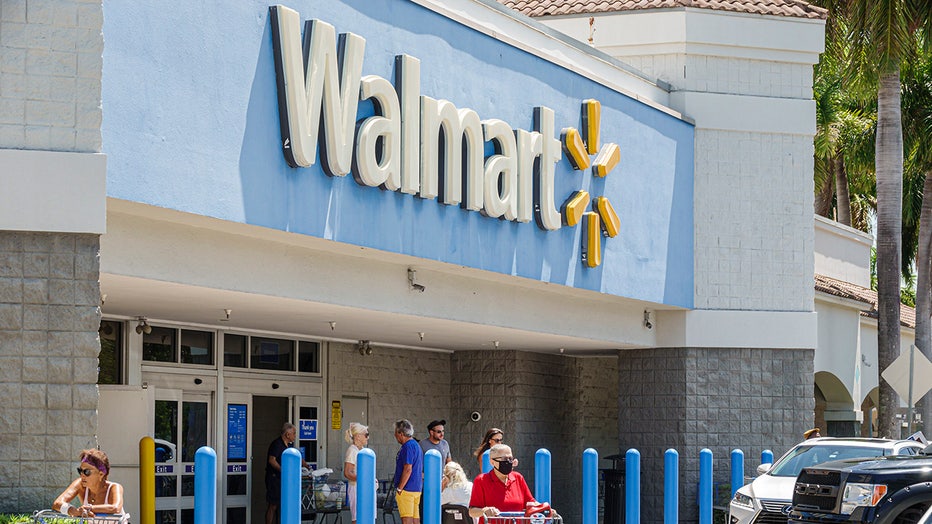 Walmart said its namesake U.S. division is expected to report comparable sales, excluding fuel, to be up 6%. That's higher than previously expected, but the mix is more heavily weighted toward lower-margin food and consumer basics. Walmart is slated to report fiscal second-quarter results on Aug. 16.

"The increasing levels of food and fuel inflation are affecting how customers spend, and while we’ve made good progress clearing hardline categories, apparel in Walmart U.S. is requiring more markdown dollars," Walmart CEO Doug McMillon said in a statement.

RELATED: These are the top 7 US cities homebuyers are trying to leave

The government’s consumer price index soared 9.1% in June compared with a year ago, the biggest yearly increase since 1981, with nearly half of the increase due to higher energy costs.

McMillon said Walmart is expecting more pressure on general merchandise in the second half of the year. However, Walmart said it is encouraged by the early signs for sales of back-to-school supplies.

Walmart said that during the second quarter, the company made progress reducing inventory, managing prices to reflect certain supply-chain costs and inflation, and reducing storage costs associated with a backlog of shipping containers.

"Customers are choosing Walmart to save money during this inflationary period, and this is reflected in the company’s continued market share gains in grocery," the company said.