DeSantis and Warren head to trial next week

TAMPA, Fla. - Governor Ron DeSantis and suspended Hillsborough State Attorney Andrew Warren will head to trial next week in Tallahassee. Warren is fighting to get his job back after the governor removed him from office for neglect of duty back in August.

As the two prepare for trial, federal district judge Robert Hinkle met with both sides Wednesday afternoon. The judge was expected to rule on a motion from Gov. DeSantis to squash a subpoena to testify during the trial.

The issue became a moot point after Warren's legal team announced they won't be calling the governor in their case.

Ousted Hillsborough State Attorney Andrew Warren is gearing up for a fight to get his job back.

However, Warren’s attorneys left open the possibility of calling Gov. DeSantis to the stand in their rebuttal case. If that happens, the governor will likely fight the subpoena again and the judge will have to rule on the issue.

The twice-elected Hillsborough state attorney was suspended by Gov. DeSantis on August 4 for neglect of duty and incompetence. The governor pointed to two pledges Warren had signed, agreeing not to criminalize those seeking abortions and gender-affirming cases. 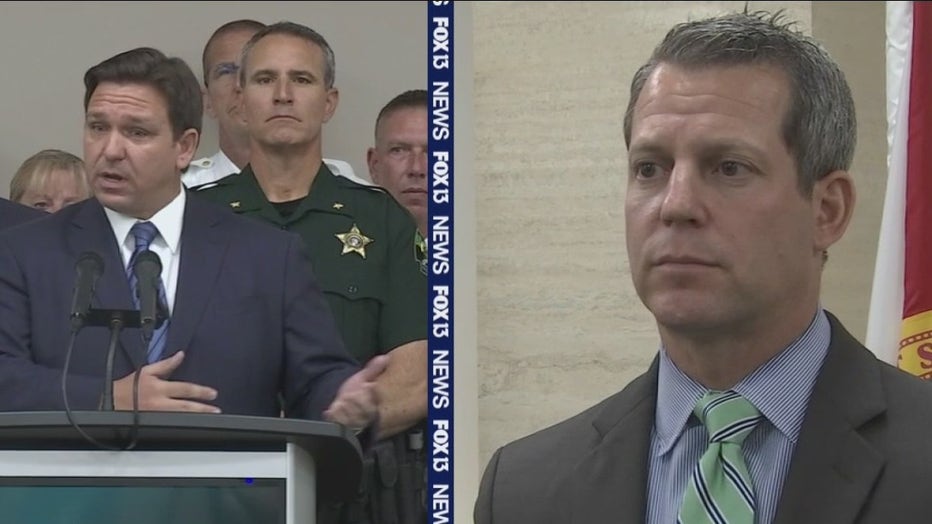 "Mr. Warren is an elected official, and his speech is entitled to the protection of the first amendment and that is quite clear," said Cabou.

As the two face off in court, new documents have revealed that at first, "the governor was initially reluctant to suspend Mr. Warren because he was unsure if Warren based on a pledge that could easily be walked back had definitively refused to enforce Florida law."

Suzy Lopez says her life has been a whirlwind since she got the epic call on Aug. 1 from Governor Ron DeSantis appointing her as the new Hillsborough County State Attorney.

Now, Warren is asking Judge Hinkle to reinstate him to his elected position, and he could have an answer by the end of the week.

The trial is set to begin Tuesday in Tallahassee and is expected to last all week.