FORT LAUDERDALE, Fla. - Wild video shows the moment when a Lamborghini caused a crash, sending the luxury car airborne into a South Florida home seconds before it burst into flames.

Home surveillance video showed the rented 2021 Lamborghini Urus speeding through a stop sign, where it was T-boned by a Nissan SUV that had the right-of-way. 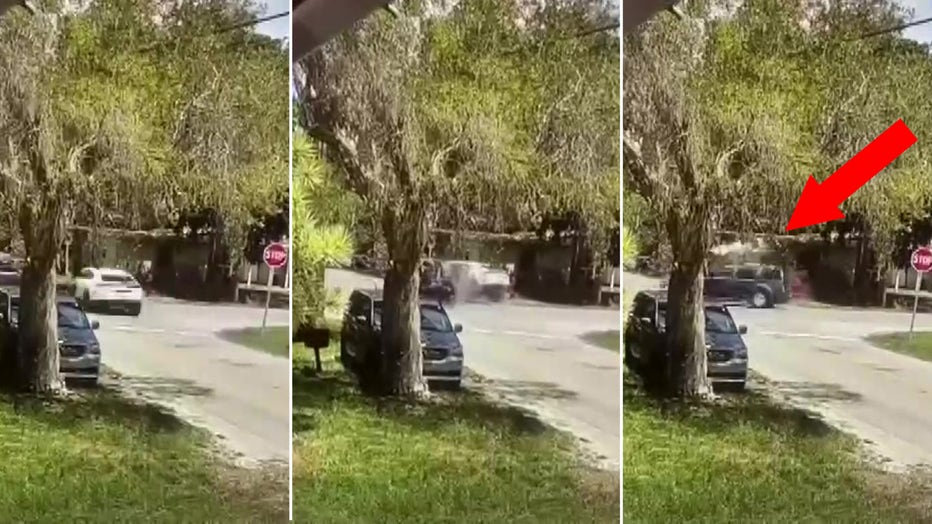 The impact sent the Lamborghini airborne, where it hit the roof of a duplex.

"It appears the car flew through the air about maybe 20 or 30 feet, landed on the roof of the house here, hit the tree, and fell to the ground and burst into flames," Fort Lauderdale Fire Rescue Assistant Fire Chief Timothy Heiser told WSVN. 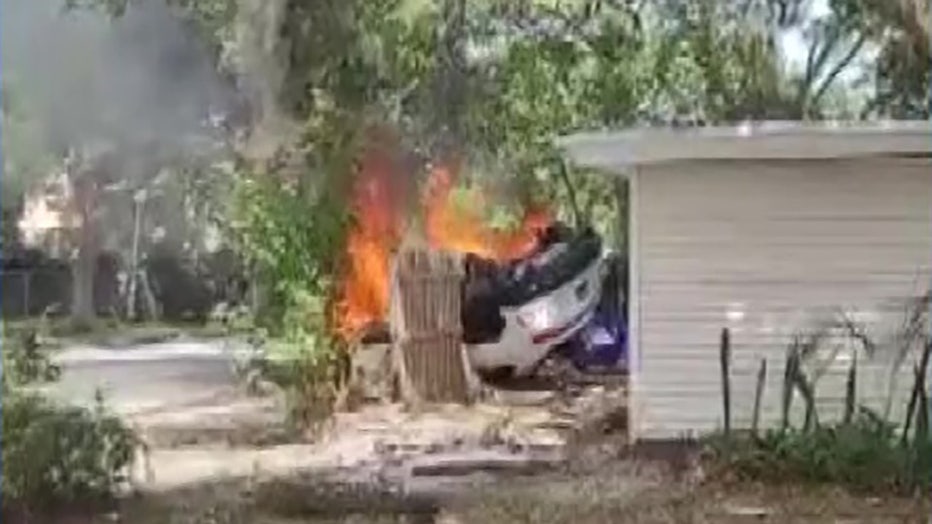 Clarence Middleton was just feet away when the crash happened, and said he immediately ran to help the driver in the Lamborghini.

"I started yanking him out, and I yanked him right out of the truck, and I laid him down by the trash can," Middleton said. "He was hurt at first, but as soon as I helped pick him up, he snapped back out of it. He was like, ‘I’m good, I’m good,' He got up, and he ran off with no shoes on, with just socks on. He took off."

Fire rescue crews arrived moments later to put out the flames and assess the damage to the duplex, which WSVN reports was unoccupied. 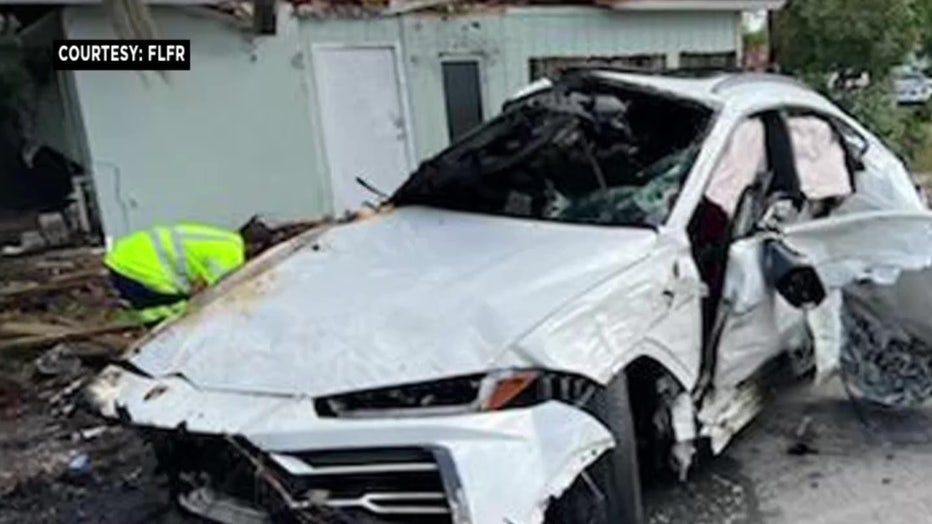 According to Fort Lauderdale police, officers eventually tracked down the driver who fled the scene -- noting he was "dazed and confused" when he ran from the area and ended up going to a nearby hospital.

Police told WSVN the driver is now cooperating with their investigation.