ST. PETERSBURG, Fla. - Communities of faith are coming together in St Petersburg in support of Ukraine in its fight against Vladimir Putin as seen during a prayer service was held Ash Wednesday at Epiphany of our Lord Ukrainian Catholic Church on Ash Wednesday.

"Our calling is to show love to all people and to all of creation," said Rev. Kim Wells of Lakewood United Church of Christ.

PREVIOUS: Vigils, rallies across Bay Area add to mounting US support for Ukraine

Nadia Sawa, who has relatives in Kiev and in villages of western Ukraine, says they need more than weapons in their fight against the Russian Army, as the siege around major cities widens and destruction grows. 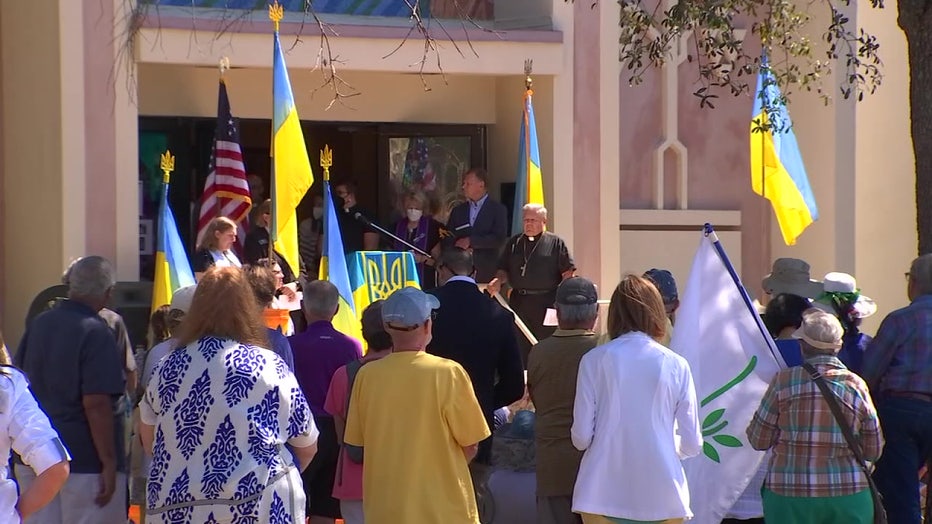 "When we are with our people, together with supporters who love us and love our country, we get the energy we need," she said. "And of course, prayer. We pray every day, all the time."

Being together is also about sending the message to the rest of the world that public opinion is squarely on their side, no matter who prays what to whom.

"Because of where I was standing, I could watch the people from this parish," said Wells, "and seeing their faces and how moved they were to see this, it really stirred the heart."

They are also beginning a fundraising effort to get money and supplies for family members.

The longer the siege goes on, the shorter on those things they will be.