Storefronts in downtown Clearwater have wearable art on display.

CLEARWATER, Fla. - The city of Clearwater is actively working to get people to experience downtown and part of that challenge is keeping things visually interesting for visitors.

The Community Redevelopment Agency (CRA) identified an opportunity with six vacant storefronts along Cleveland Street. The CRA saw those picture windows as a perfect way to showcase art to attract more foot traffic to the area.

"We are featuring different local artists, some of them are internationally known," shared Lina Teixeria the curator of this exhibit. "It's focusing on wearable art. It's a very unique art form."

They feature works made from food, screws, paper and sheet metal. 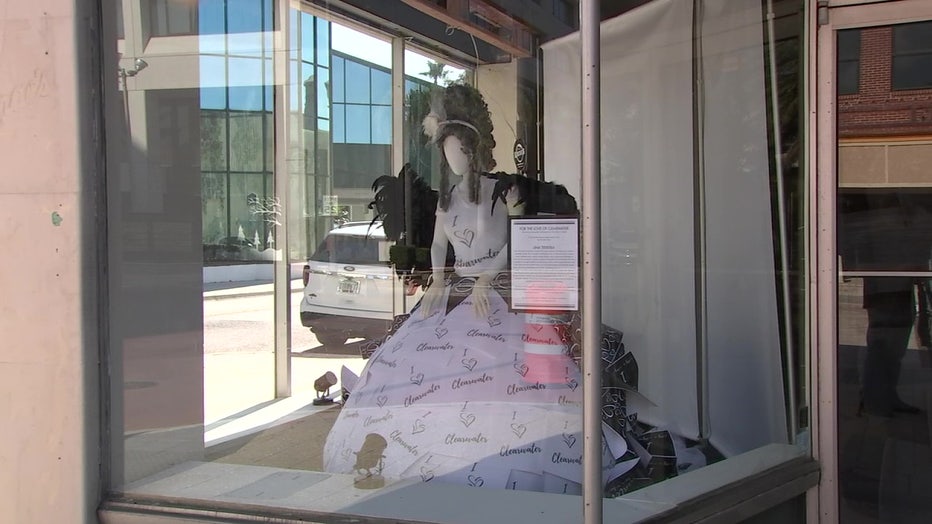 Teixeria, who is also an artist, stated, "I am very excited to combine my two passions; my love for Clearwater and my love for wearable art."

Electrical engineer turned artist, Julian Hartzog said, "I think it's great. I don't sew, but I do have pinschers, so I figured I would do mine out of sheet metal. 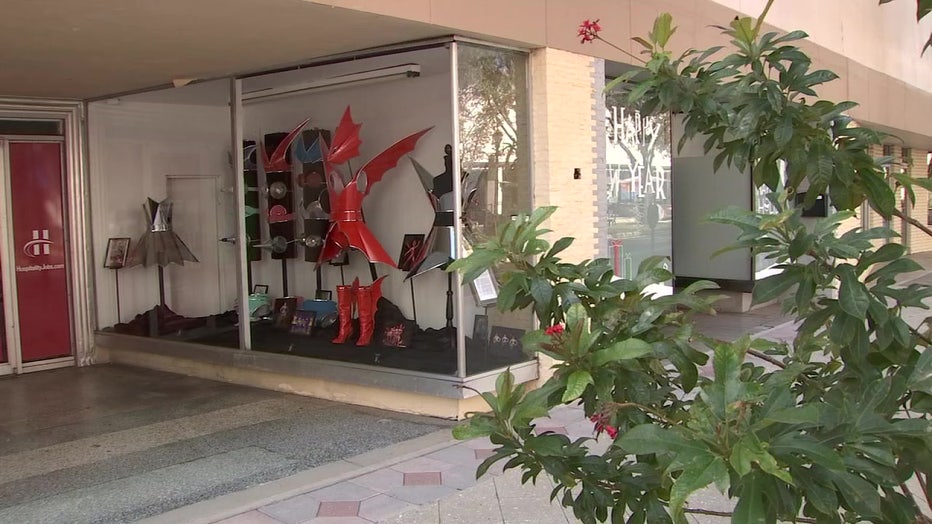 The visual result for the vacant storefronts is an artistically appealing mix from fantastic fantasy artwork to comic book hero creations at each location.

"This is one way that I can contribute to the city," Teixeria explained.

Day or night, the wearable art is predominantly displayed in downtown Clearwater along the 500 and 600 blocks of Cleveland Street. 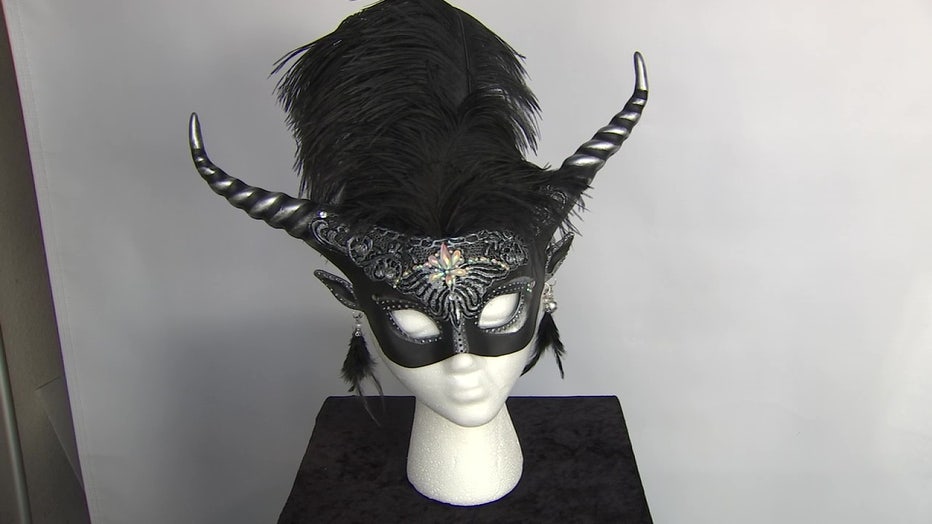 The map highlights Clearwater's murals, sculptures, and other public art throughout the downtown area.