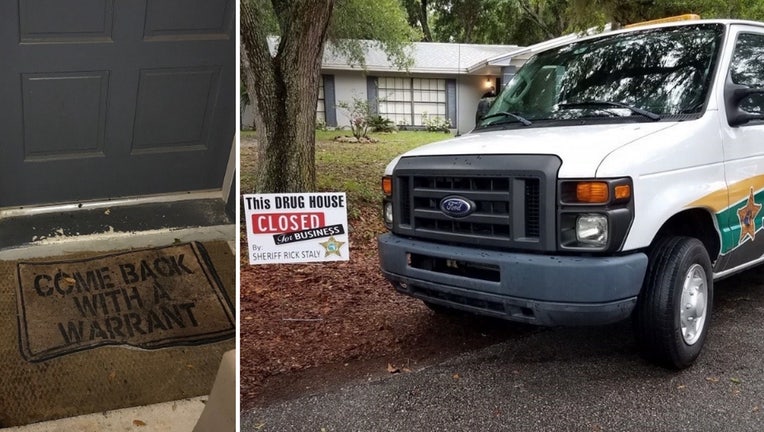 PALM COAST, Fla. - A welcome mat at the front door of a Florida home read “come back with a warrant” — and that's just what deputies did before finding drugs and drug paraphernalia inside.

The Daytona Beach News-Journal reports the home in Palm Coast was part of an investigation into illegal drugs. After seeing the doormat, authorities say the Flagler County Sheriff's Office got the warrant. Deputies found fentanyl and drug paraphernalia inside during a search late last week.

"This poison peddler had a doormat that said, ‘Come back with a warrant,’ so we did!” Flagler County Sheriff Rick Staly said. “Our detectives did a great job in following up on tips received on this residence. We still have some follow-up work to do, but for now the deadly drugs and syringes seized are off the streets.”

Investigators say there were four people inside but no arrests were made immediately. The Florida Department of Children and Families was contacted regarding a child at the home.