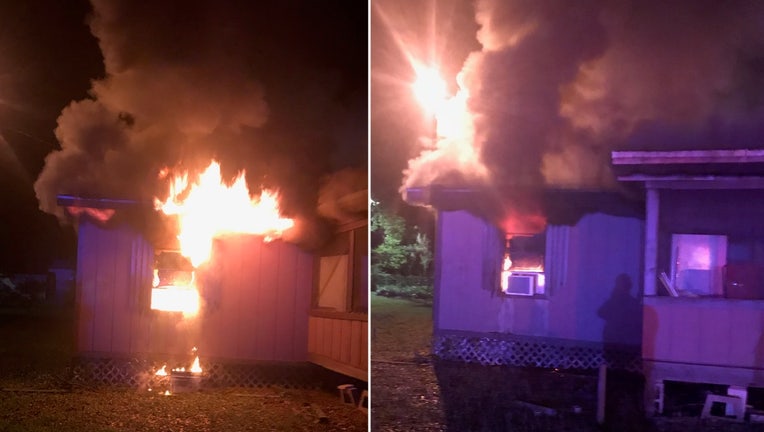 BROOKSVILLE, Fla. - Firefighters came to the rescue of a wheelchair-bound woman trapped in her burning home in Brooksville.

The 63-year-old homeowner called 911 just before 2 a.m. Thursday, telling dispatchers her oxygen hose caught on fire while she was smoking in her bed, causing the bedroom to become engulfed in flames. She said she was paralyzed and unable to escape.

The Hernando Sheriff's Office quickly responded to the home on the 800 block of St. Francis Street. Four deputies ran into the burning home to rescue the woman and lifted her out of her bed. They then carried her out of the home and brought her to safety.

Deputies also managed to save two dogs who were also trapped in the burning home.

Hernando Fire Rescue and the Brooksville Fire Department extinguished the fire and tended to the injured woman, who suffered severe burns to her arms and legs.

The woman was transported to the hospital for treatment. 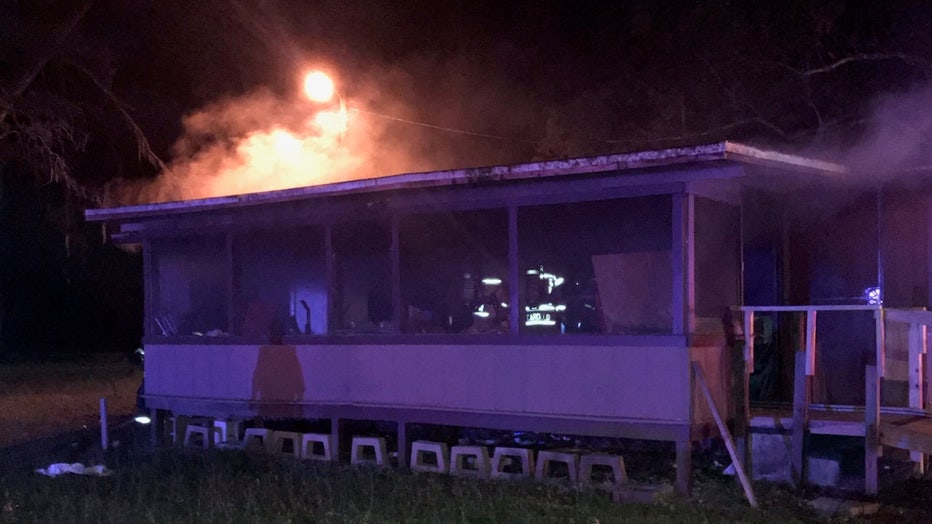 Investigators said the blaze started due to a cigarette near the woman's oxygen cannula, which caught the bedsheets on fire.

Firefighters urged the community to be cautious when smoking near oxygen sources.

The fire caused heavy damage to the bedroom. Firefighters said the woman will be staying with family and will receive assistance from the Red Cross.