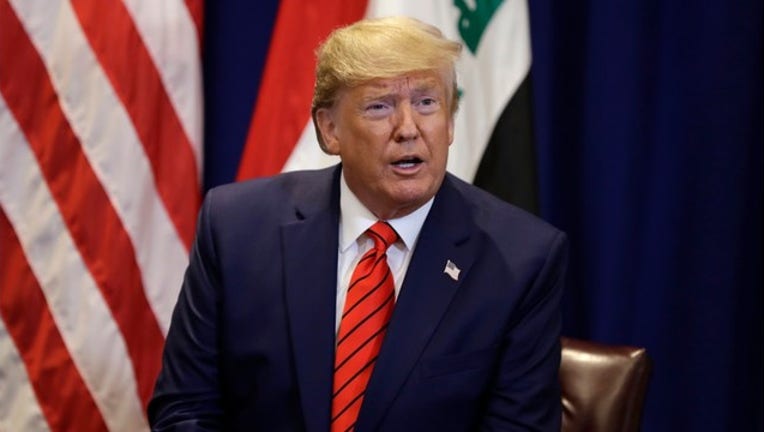 The complaint cites “multiple White House officials with direct knowledge of the call" between President Trump and Ukrainian President Volodymyr Zelensky, and accuses Trump of attempting “to pressure the Ukranian leader to take actions to help the President’s 2020 reelection bid.” It also presents allegations that the White House tried to "restrict access" to records of the call.

LINK: Read the complaint on your mobile device

"In the days following the phone call, I learned from multiple U.S. officials that senior White House officials had intervened to 'lock down' all records of the phone call, especially the official word-for-word transcript of the call that was produced---as is customary---by the White House Situation Room," the complaint says.

The complaint goes on to allege that White House officials said they were "directed" by White House attorneys to remove the transcript of the call from the computer system where they are normally kept. Instead, the transcript was allegedly kept on a different system normally used for classified information.

The White House released a record of the call Tuesday, confirming details contained in the complaint, specifically a request from Trump for Ukraine to assist Trump attorney Rudy Giuliani in investigating Joe Biden.

The complaint drew criticism from Republicans after it was reported that that whistleblower did not have first-hand knowledge of the call. The Intelligence Community Inspector General’s office also found that the whistleblower showed “some indicia of an arguable political bias” favoring “a rival political candidate.” The IG’s office did, however, determine that the allegation in the complaint “appears credible.”