SARASOTA, Fla. - On Lido Beach, humans aren't the only ones taking advantage of the white sugary sand.

"It is one of the largest and most productive colonies in the entire state," said Kylie Wilson, a program coordinator with Audubon Florida.

She keeps watch over a colony of black skimmers. As people prepare to hit the beach, she said it's important to give them their space.

"The beach was closed but that didn’t seem to have an impact on them,” Wilson said. “They nested a little further toward the public beach than they have in past seasons.” 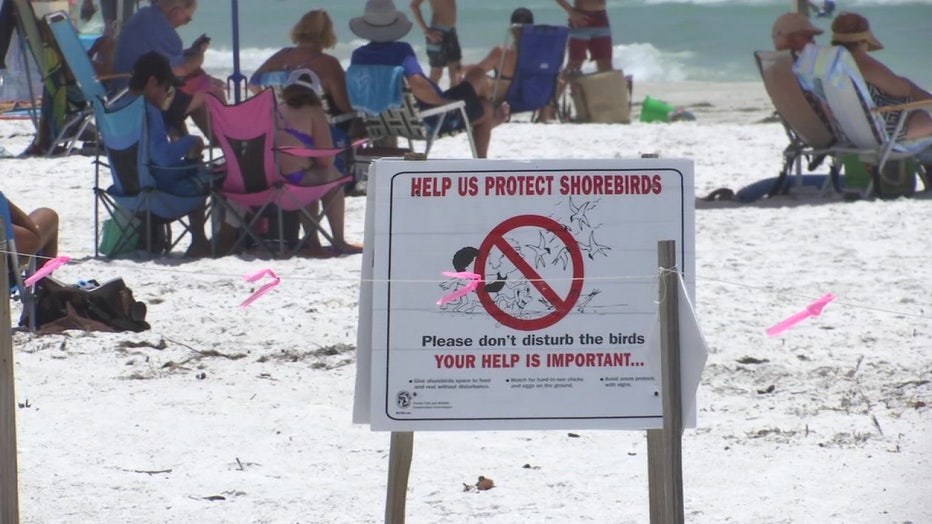 With only 3,000 recorded in the state, each egg is important. Experts advise keeping dogs away and not doing anything that could spook the skimmers.

"They're easily disturbed, they nest right on top of the sand and their eggs are really vulnerable," she explained. 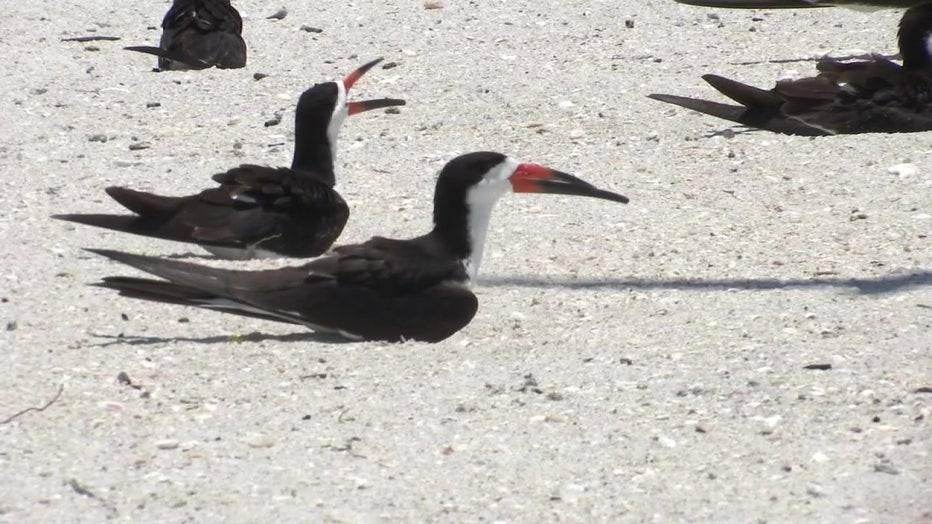 Wildlife flourishes on Lido, from black skimmers to sea turtles. No matter how bad you want to get the perfect beach spot, remember to share the space.

"With sea turtles nesting on our beaches, it’s really important that we keep the beach as natural as possible, filling in any holes, knocking down sandcastles and bringing in beach furniture, picking up debris and trash," said Stephannie Kettle with Mote Marine Aquarium and Laboratory.

After all it's not just our beach.

"Maintain that social distance, but also give the birds some distance,” Wilson added. “We want to make sure we can share the beach with them. This is the only beach they can nest.”