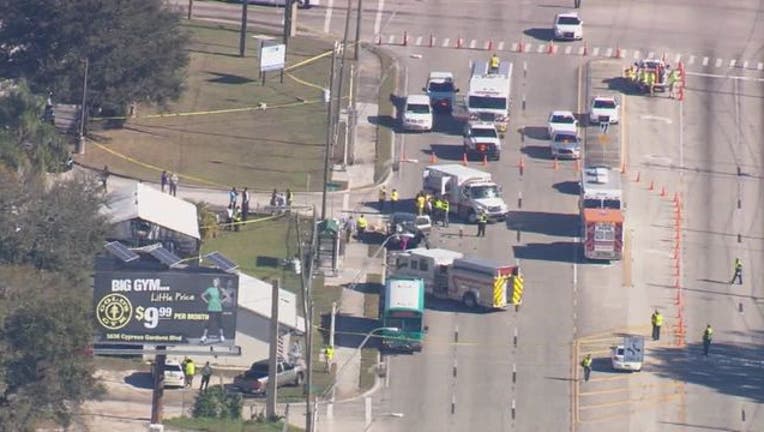 Sheriff's deputies are on the scene of the crash, which occurred just before 9 a.m. on Highway 17 in the Eloise area.

Highway 17 is completely blocked between Snively Boulevard and Highway 540, according to Polk County Sheriff's Office. Motorists are asked to avoid the area.

Of the seven injured, three were occupants in the pickup truck. Those three were airlifted to the hospital under trauma alerts.

Two children were among the three in the truck, one of whom was ejected from the bed of the truck where they were sitting.

Only minor injuries were reported among the bus passengers.

Stay with FOX 13 for updates as the story develops.