TAMPA, Fla. - Happy in his mother’s arms, little Noah McAdams played with his stuffed animal as the judge made it official: Noah was finally going home with his parents.

His mother, Taylor Bland, and father Joshua McAdams lost custody of Noah after stopping his chemo treatment last April and taking him to Kentucky for alternative remedies. The family was tracked down and brought back and Noah's parents lost custody of him in August after a contentious trial.

It was revealed Noah's father, Joshua, had been arrested for domestic violence in the past and when he was younger had to be Baker Acted for his anger issues.

During the trial, doctors also determined Noah’s mom, Taylor Bland, had removed a PICC line from her son’s arm that doctors has inserted for his chemo treatments.

Taylor acknowledged removing it could have put her son at risk of a serious infection. 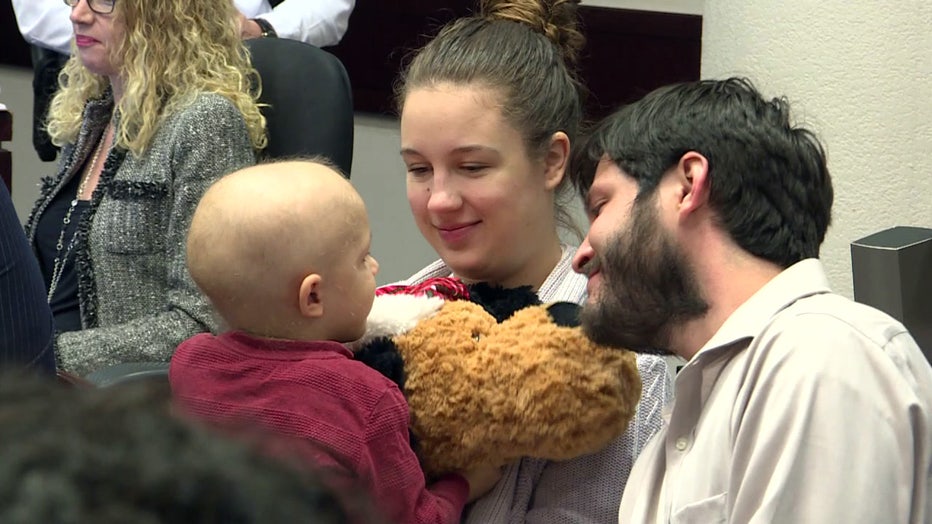 Now, several months later, the parents have been following through on all of their obligations ordered by the judge, including attending anger management classes and counseling.

The McAdams’ attorney, Brooke Elvington, said this happy reunion was long overdue. "This is what needed to happen from the very beginning of this case. I'm sorry it took as long as it did, but to have this before Christmas is wonderful," said Elvington.

Bland said she couldn’t be happier. “Thank you for the support. We appreciate it so much. [Noah] is doing better now that he’s home," she said.

The judge ordered DCF to continue to visit the family for the next six months and once that’s completed the case will be closed.

Elvington says Noah’s cancer is in remission and they will continue to follow up with his doctors.