A woman who used a Taser to rob a 71-year-old woman was sentenced to 17 years in prison.

BURLESON, Texas - A woman who used a Taser to rob a 71-year-old woman was sentenced to 17 years in prison.

The victim was attacked in November 2019 in a busy parking lot in Burleson. She was getting out of her car, when Nakayla Wright shocked her in the back and stole her purse.

"I think that is a just sentence. I think it shows that if you target the elderly in Tarrant County, you’re not going to be looking at probation," said Tarrant County DA Lori Varnell.

It was the morning before Thanksgiving on Nov. 27, 2019 in a Burleson strip mall parking lot in front of a Ross. 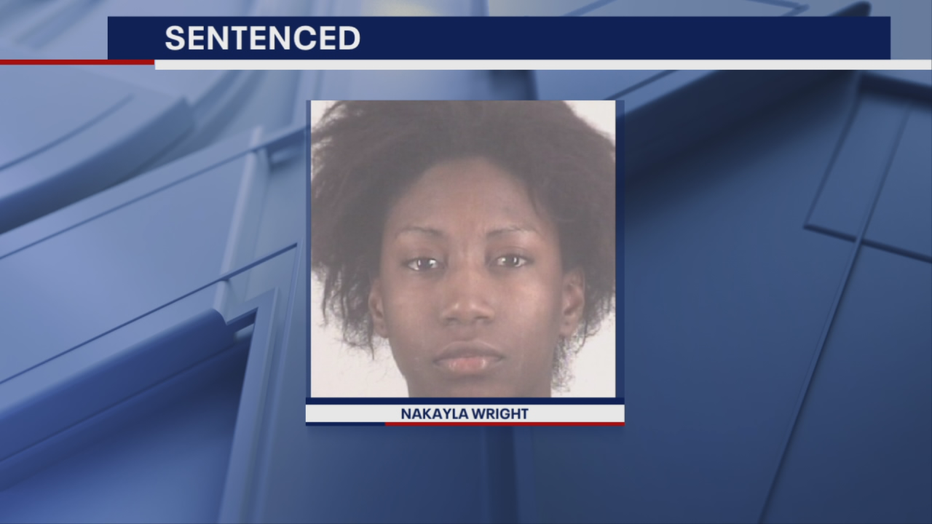 The victim had just pulled up and gotten out to open the passenger door for her 5-year-old granddaughter. That’s when Varnell says Wright and another woman approached her and Wright tased her in the back.

"I couldn’t even think of a more careless or reckless thing to do with someone’s life than send electricity teeming through their body," Varnell said.

The victim screamed and fell to the ground. The robbers got her purse, police say driving off in a white SUV.

"Every bit of that parking lot, or at least most of it, had camera footage," Varnell said. "In addition, these individuals stalked people inside of stores before they targeted this particular victim."

Police arrested Wright and two other people on Dec. 5, 2019.

Wright, at the time, was on probation for a previous robbery conviction and, on Dec. 30, 2020, pleaded guilty to the elderly attack.

Varnell says Traci Cahill is the other woman with Wright during the attack. Jason Simmons, the third suspect, is the alleged getaway driver.

Cahill is still behind bars while Simmons is out on bond.

Cahill and Simmons face charges of aggravated robbery and credit card abuse of the elderly.

As the Chief of the Elder Financial Fraud Unit, Varnell says attacks like this won’t be taken lightly.

The two accomplices charged in the case are still awaiting trial.