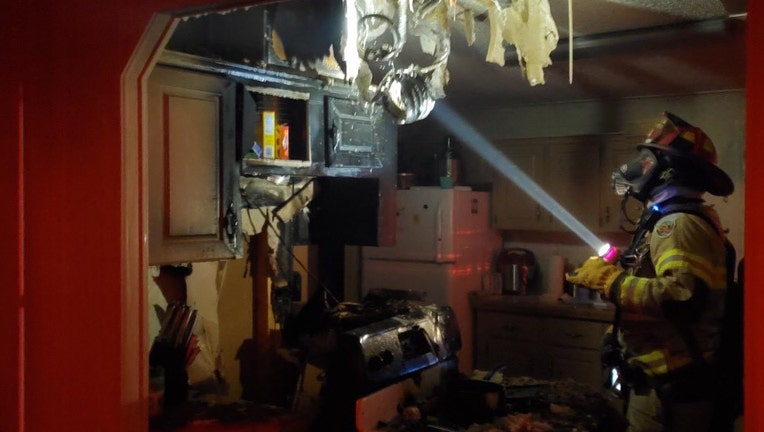 BROOKSVILLE, Fla. - A 52-year-old Brooksville woman was hospitalized Saturday night after sparking a grease fire in her kitchen, according to Hernando County Fire Rescue.

Firefighters said they were responding to reports of a woman outside of her home yelling that her house was on fire when they encountered smoke coming from a mobile home located at 14219 Midmoor Blvd.
After determining that no other residents were inside the home, firefighters were able to get the blaze under control in about five minutes. 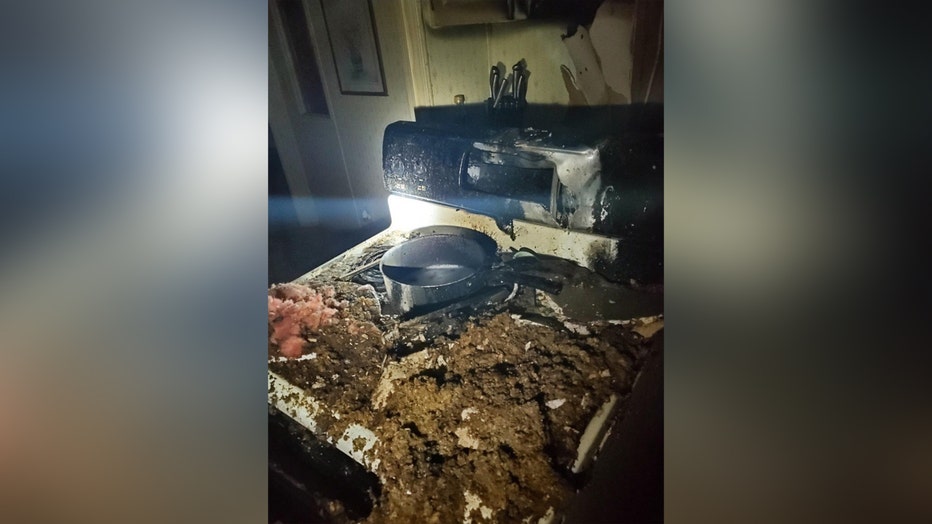 According to HCFR, the kitchen sustained heavy fire damage and the rest of the home sustained smoke damage.

The woman who lived in the home suffered from smoke inhalation and respiratory distress from the heat of the fire. She was flown to the burn unit at Tampa General Hospital in guarded condition.
Firefighters said the blaze was caused by a stovetop grease fire that spread to the cabinetry.