A man with "fuzzy" brown hair is accused of exposing himself to two women, in two Bay Area counties, and law enforcement officials believe there could be other victims. They hope to identify the man to prevent him from escalating his behavior.

The first incident happened at a gas station in Polk City on Monday, May 2 around 1 a.m. Polk County Sheriff Grady Judd said the man was at the Dixie Boy Travel Center on Highway 559 when he spotted a woman getting gas.

He walked up to her and exposed himself, according to Judd.

She got in her car and locked the door, but the man walked toward her and "rubbed himself on her rearview mirror." 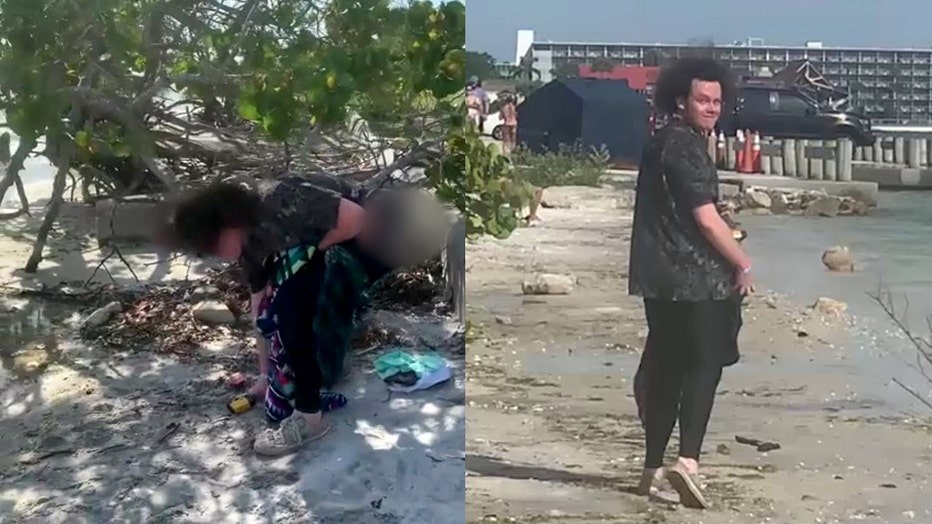 Judd said the woman quickly drove off. When she was back home in Clearwater, she called the Polk County Sheriff’s Office.

Judd said their investigators got on the case, but their best investigator ended up being the witness.

"She got to searching social media online and she found a similar clip that had been posted where a guy on the Ben T Davis Beach did the same thing. Well, you can look at the two video clips and I am almost 100% sure it's the same person," Judd said, holding a still image of the suspect, taken from surveillance video at the gas station.

Now they’re trying to figure out who the man is.

The incident on Ben T Davis Beach happened the next day, May 3. The victim posted videos and photos on Facebook of the man she said exposed himself to her.

"I was minding my business at the beach," her post said, in part. "This man comes and sits right next to me."

Her post said a woman and daughter were also nearby, but when they saw the man, they got up and left. 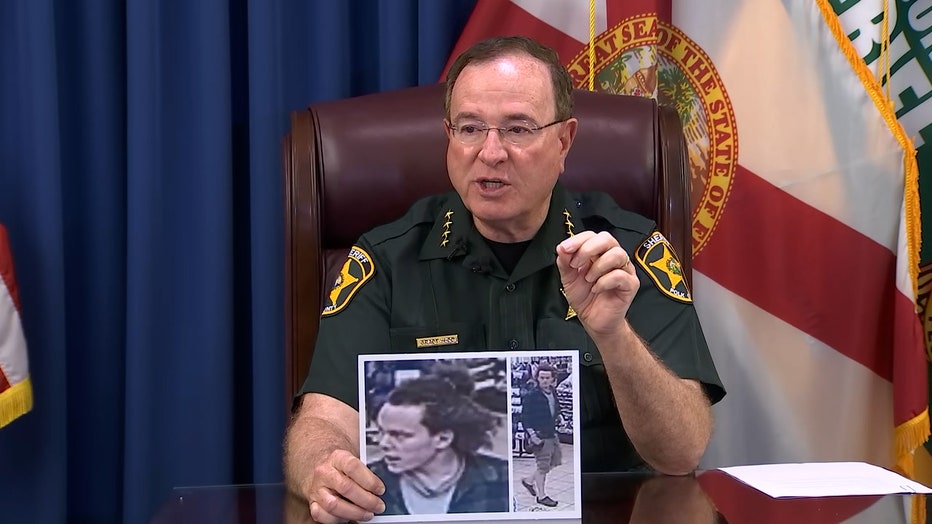 The man sat near the victim and then got up to step into the water. She said he was fully clothed, including his shoes.

When he walked back toward her, he asked "so this is a nude beach?" before pulling down his pants and began shaking his genitals toward her.

"[I] got real uncomfortable and started grabbing my stuff to go … He dropped down to his knees and asked ‘will you at least watch me play with myself’" she wrote.

She said she gathered her things to leave but then noticed he had his phone propped up nearby to record the interaction.

She said that’s when he grabbed her and said he wanted to touch her breasts.

"[He] grabbed me with both hands by my shoulder and [breast]," she said. "I started screaming and pushing him up off me."

Soon after, she began recording on her own phone.

The video shows the man picking his things up from the beach and walking away from her. At one point he says, "sorry, sorry."

Victim records man she says flashed her at Tampa beach

The woman said he grabbed her breast and he had a phone set up to record the incident.

She said she ran after him and saw him get into a blue Toyota Corolla.

"That was the scariest experience of my life," she wrote. "People are real deal crazy!"

Judd shared the same sentiment after seeing the woman’s video.

"They are deviant and they're dangerous," Judd said of people who behave in this way. "Historically, they start with lower-level events and they work their way up. Anyone that would expose themselves, anyone that would act like he does. We have to get him out of circulation. We have to lock him up."

Part of the video recorded by the victim on the beach shows the man briefly turn around and smile at her. Judd found the smile unsettling.

"You could see this big smile on his face. And then this attack on this lady at the gas station in the middle of the night is even more scary because she was out at one of these gas islands by herself when he approached her."

Judd said they now need the public’s help to find the suspect. He also said he believes these aren’t the first incidents involving this man.

Judd said anyone who may have been a victim of the man or who knows him should call Crimestoppers at 800-226-8477, the Polk County Sheriff’s Office, the Tampa Police Department, or any local law enforcement agency.