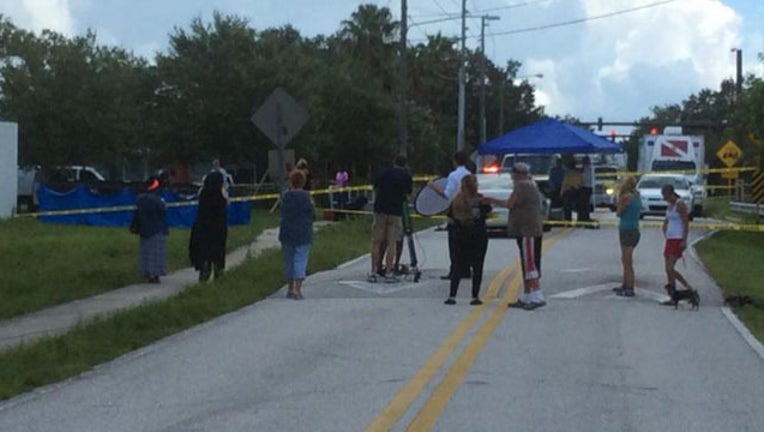 A death investigation is underway after a woman's body was found floating in a local canal.

Pinellas Park police said a passer-by spotted a white female in a storm-water retention canal just north of the Walmart Supercenter near Park Boulevard around 9:30 a.m.

Detectives arrived to find alligators near the woman, and said there was evidence of "animal activity" on her body.

Wildlife officers had to keep the gators away while divers with the Pinellas County Sheriff's Office pulled her from the water.

In the meantime, Pinellas Park police investigators searched the area for evidence.

They said they found several compressed air canisters nearby, as well as a purse further down the canal.

The ID inside the purse matches that of a homeless person who, police said, was transported by paramedics for symptoms of huffing, but they had not positively linked the two cases.

An autopsy for the exact cause of death is scheduled for Thursday afternoon.

FOX 13 will continue with updates on this developing situation.