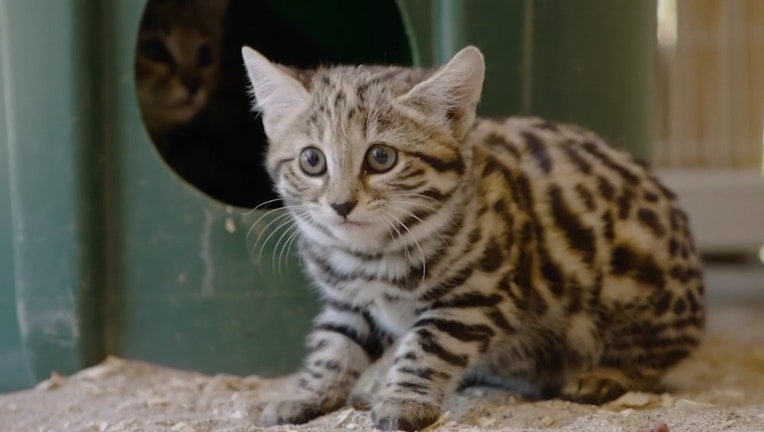 The pair of black-footed cat were born on April 28 at the zoo. Ryder and Skyler may look adorable, but their species of cat is said to be the deadliest in the world -- with a hunting success rate of 60 percent in the wild, mostly consisting of rodents and birds.

The rare black-footed cat kittens are a welcome addition to the San Diego Zoo, with one specialist saying there are only about 10,000 of their kind left in the wild.

"The black-footed cat is a nocturnal species found in Southern Africa. They are considered the deadliest cat in the world with a success rate of 60% on all of their hunts," said Chelsea Davis, San Diego Zoo wildlife care specialist. " 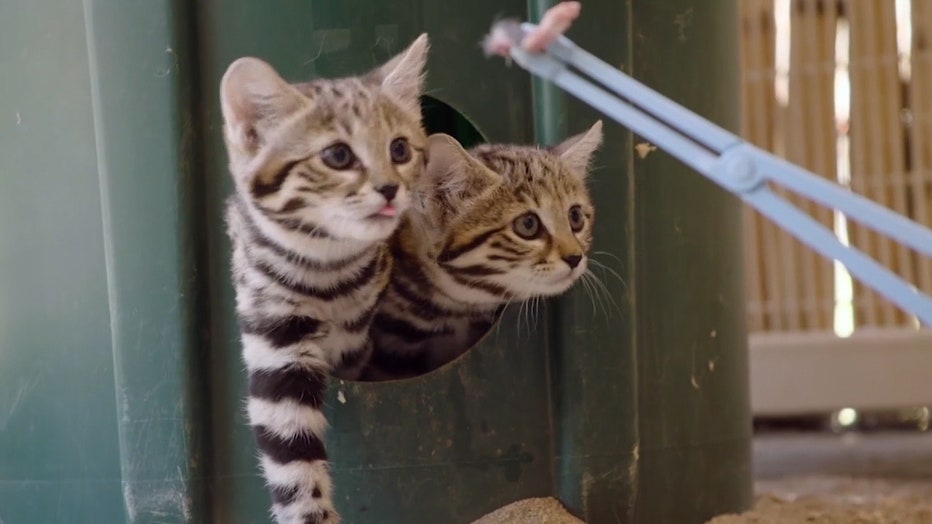 The black-footed cats were appropriately named after their black pads and darkened fur around their paws, and only reach about three pounds when fully grown. That's about 200 times less than the typical lion, according to the Smithsonian Magazine.

The small cat can also capture more prey in a single night than a leopard does in six months, the Smithsonian reports.

"Black-footed cats are considered vulnerable to extinction, which means that their numbers are doing okay for now, but in the near future we could see that change," Davis said. 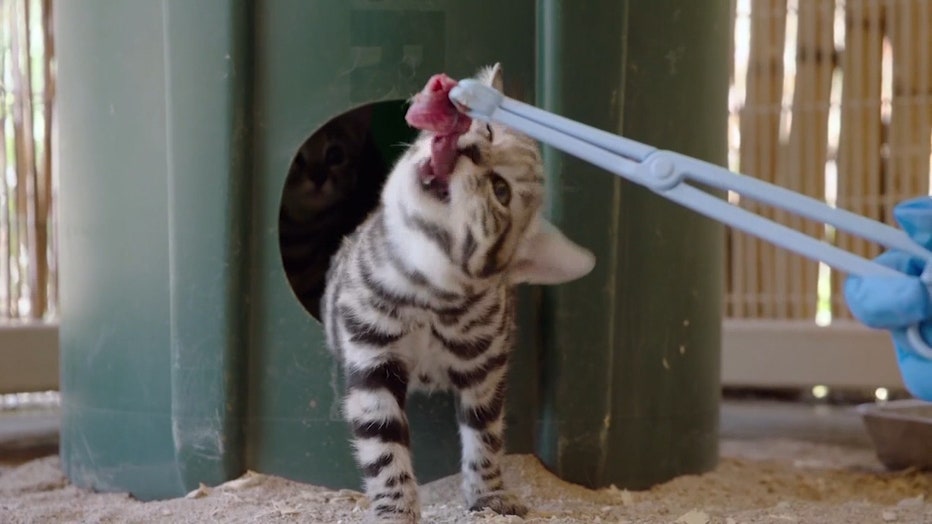