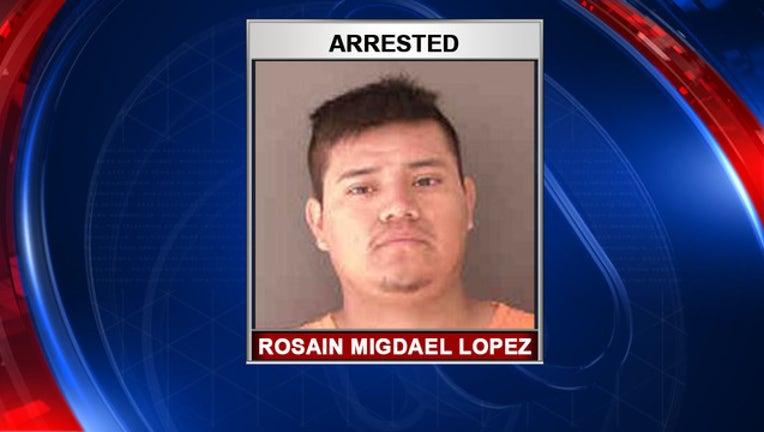 SARASOTA, Fla. (FOX 13) - Troopers arrested a wrong-way driver after they found his car facing north in the southbound lanes of Interstate 75.

Just after 1 a.m. Sunday, Florida Highway Patrol troopers said 21-year-old Rosain Migdael Lopez was found pulled over on the side of the major highway in Sarasota County with the car running, and the lights and wipers were on. Officials said it was not raining at the time.

Lopez was asleep behind the wheel, troopers said. When they woke him up, they said he showed signs of impairment and was arrested on a DUI charge.

His blood alcohol content level was 0.148, officials said. The legal BAC limit in Florida is 0.08.