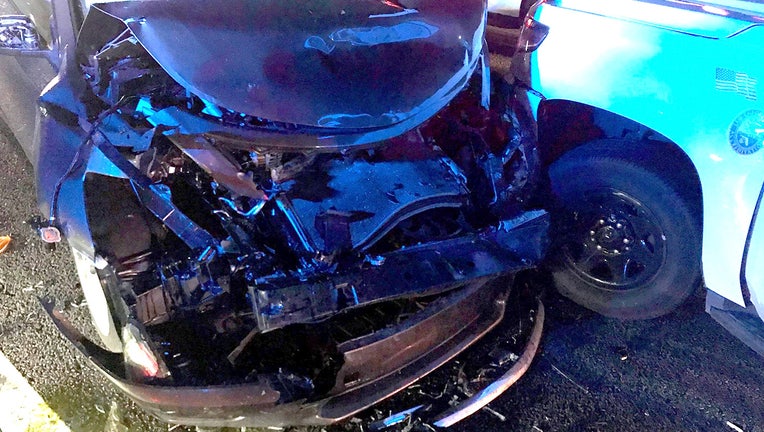 SARASOTA, Fla. - As a Sarasota County deputy was responding to a report of a wrong-way driver on Interstate 75, officials said both ended up crashing into each other.

The collision occurred after 1 a.m. Wednesday near the Clark Road exit.

According to the Florida Highway Patrol, the sheriff’s office received a call about a driver traveling north in the southbound lanes.

The responding deputy spotted the female driver and tried to swerve, however, troopers said the wrong-way driver crashed head-on into the deputy’s patrol vehicle.

READ: Scientists scramble to study newly-discovered whale species before it's too late

Both had minor injuries. The deputy was taken to a hospital as a precaution, as well as the wrong-way driver, who has not been identified.

Charges are pending against the driver, troopers said.