SARASOTA, Fla. - Local scientists are both excited and concerned about a one-of-a-kind discovery – a new species of whale.

It washed up on shore in the Everglades more than a year ago but now scientists hope they can learn more from its remains before it's too late.

The whale’s carcass – measuring 38 feet long and weighing 30 tons – was discovered off Everglades National Park in 2019.

"It’s pretty mindboggling," said Gretchen Lovewell, stranding investigations program manager at MOTE Marine Lab. "It kind of goes to show us that we don’t always know as much as we think we do." 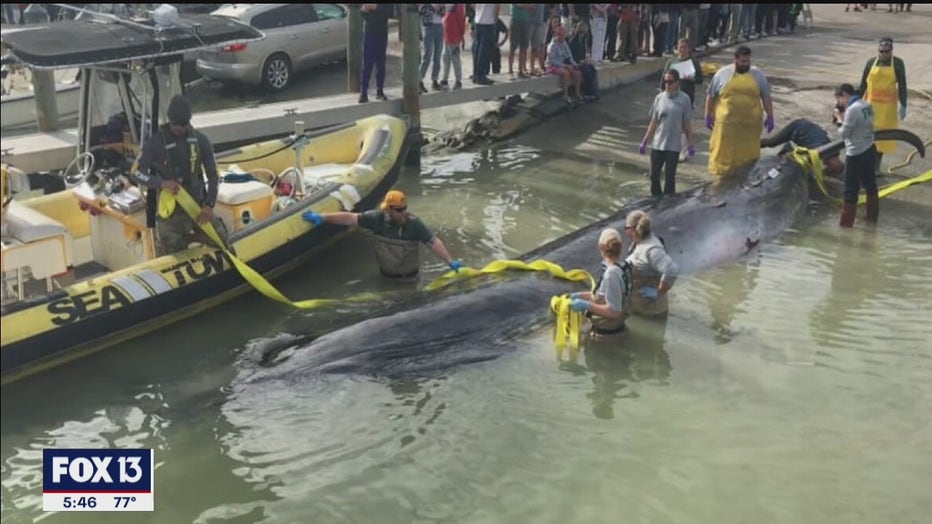 It was originally identified as a Brydes whale. A necropsy was performed and the whale was buried at Ft. De Soto beach to allow for further study.

Only in Florida would you see the body of a huge whale on a tractor-trailer, but it's all in the name of science.&nbsp;The 23,000-pound&nbsp;carcass was trucked from the Everglades to Pinellas County and buried at Fort De Soto Park.&nbsp;

After unearthing the whale's skull, NOAA announced the remarkable discovery – it was actually a new species, now called a Rice’s whale.

"Between the genetic work that’s been done on the wild populations along with us being able to assist in recovering this specimen, Dr. Rosel and her team were actually able to show that this was a new species," Lovewell explained. "They’re such an awe-inspiring animal, even in death I think it’s really amazing opportunity to learn from them and try and help the others that are out there."

A piece of 3-by-2-inch plastic was found inside the whale, which could have caused its death.

Microplastics are hard to spot, but scientists are finding them just about everywhere&nbsp;in the environment and in human bodies.

In 2009, a similar whale washed ashore at Fort De Soto. It had been hit by a ship. 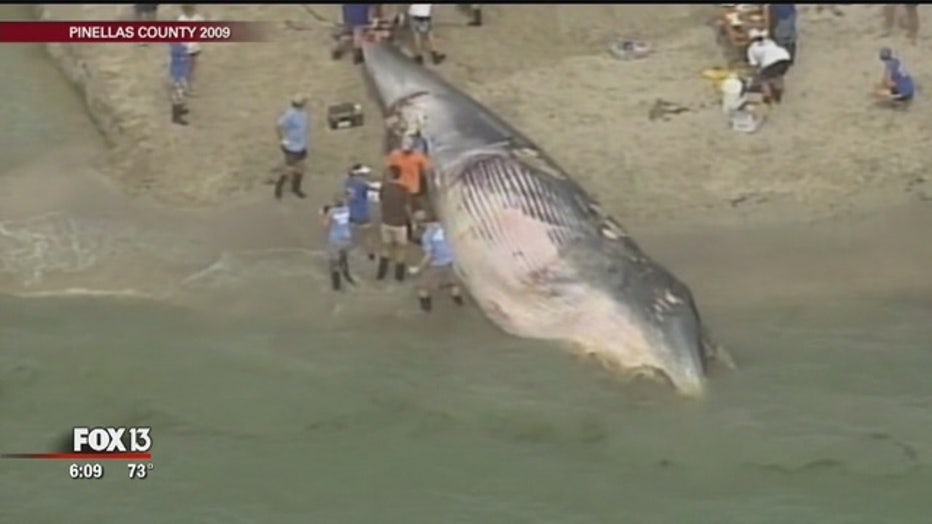 With fewer than 100 Rice’s whales believed to be alive, scientists are working to learn as much as they can in hopes of saving the newly-discovered species.

"I think it’s a pretty stark reminder of how careful we should be in the environment making sure stuff is getting disposed of the right way. There aren’t many of these animals out there, we don’t want to contribute to more of their death," Lovewell said.

As for the Brydes whale, those can weigh up to 60,000 pounds. Scientists say their biggest threat is humans. They're concerned about boat strikes, entanglement from fishing gear, and ocean debris.