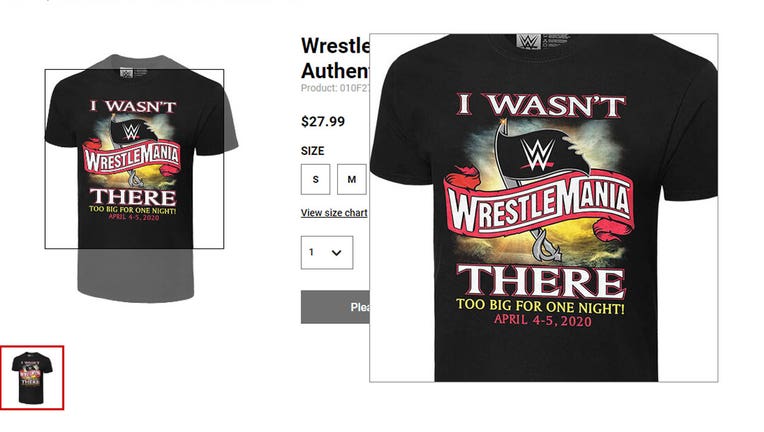 TAMPA, Fla. - WWE has started selling WrestleMania T-shirts that read, "I Wasn't There."

Well, they're not wrong. No WWE fans will be present during this year's WrestleMania event for the first time. The move was to avoid having a mass gathering as the country tries to slow the spread of COVID-19.

The main event was originally scheduled to be inside Raymond James Stadium in Tampa, Florida.

Now, it will be a two-night event and available on pay-per-view on Saturday, April 4 and Sunday, April 5.

The T-shirt represents and pokes fun at those changes. The shirts were printed with the pirate-themed WrestleMania log -- which was created last year to represent Tampa as the city host.

You can find it here.