PITTSBURGH - Five young cheetahs at Pittsburgh Zoo and PPG Aquarium in Pennsylvania were treated to "special piñata enrichment" to mark their second birthday on October 20, the zoo said.

Video from the zoo shows the young females pawing and clawing at a colorful cupcake-shaped piñata.

The zoo announced the arrival of the five cubs and their mother, Naya, from Metro Richmond Zoo in June 2020.

The cubs were named Kendi, Bisa, Esha, Taj, and Shani, after the zoo ran an online voting contest to name them. 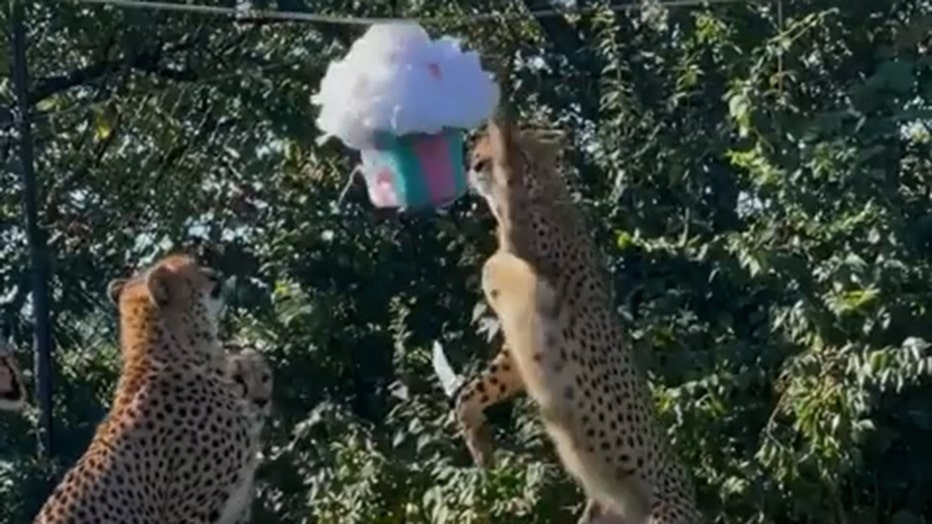