Take a behind the scenes look at what goes into feeding the animals at ZooTampa.

TAMPA, Fla. - Think your kitchen is busy at mealtime? What if you were making meals for someone who could weigh up to seven tons? How about feeding someone whose mouth is full of 80 jagged teeth? What about preparing food for such a picky eater that only one specific diet from one region in the world will do? The chefs in the commissary at ZooTampa have all of those challenges multiplied.

"We prepare diets for 1100 animals," shared Caroline Pace, the commissary manager for ZooTampa. "You'd think elephants are the most expensive to feed because they're the biggest, but actually, they are not because most of their diet is hay."

Relatively speaking, purchasing a round bale of hay is not nearly as costly as the very specific diet some of the residents of ZooTampa require. 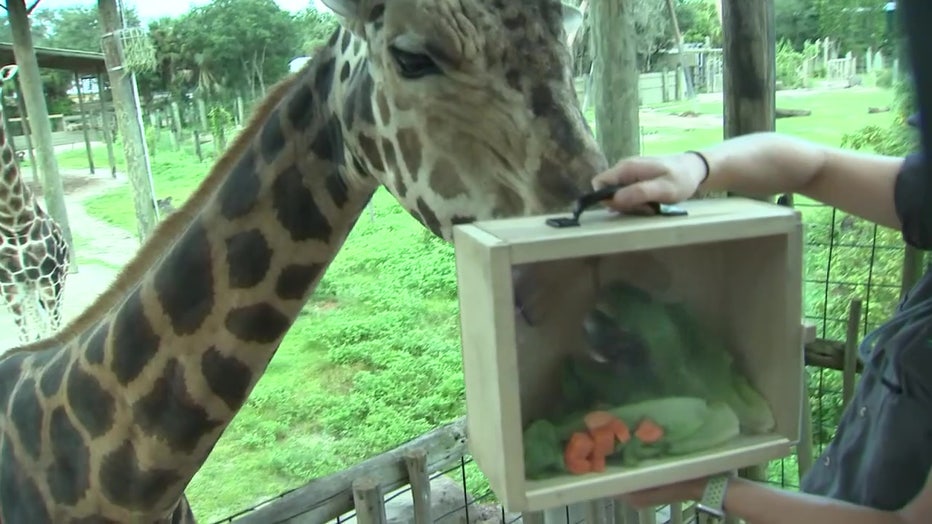 "The Marabou storks, for example, they eat fish, they eat mice and they have a meat that they get,” shared Pace. “So all of that combined actually makes their diet more expensive that it would cost to feed an elephant."

The meal prep is an important part of the everyday care of every animal.

"We (purchase) all of the produce that the animals eat," said Pace. "It's important to us that the produce is fresh." 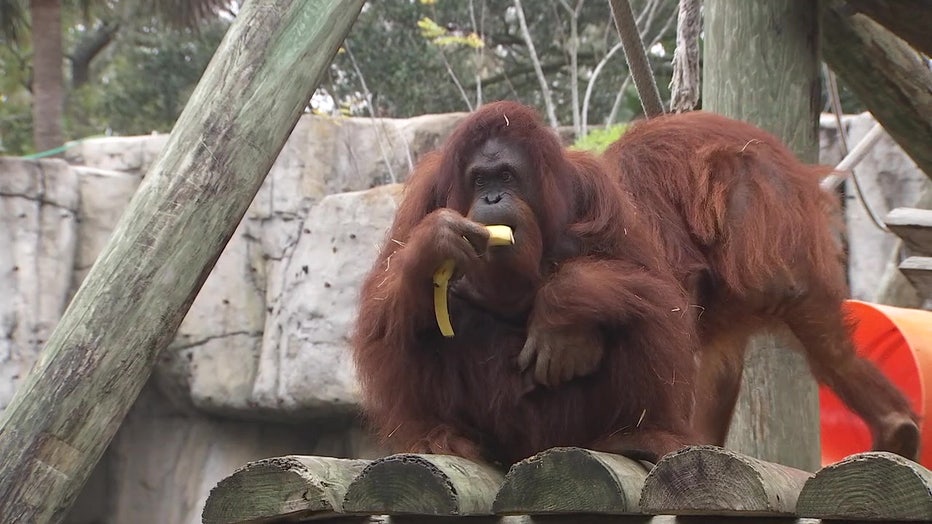 Her team goes above and beyond to make sure that the diets of each animal are taken care of naturally.

One of the most important is the manatee hospital. Pace's caregivers go the extra mile to provide food for the manatees being cared for at the zoo.

"We want to make sure that they are on a natural diet that they would find in the rivers and waterways they live in," she shared. 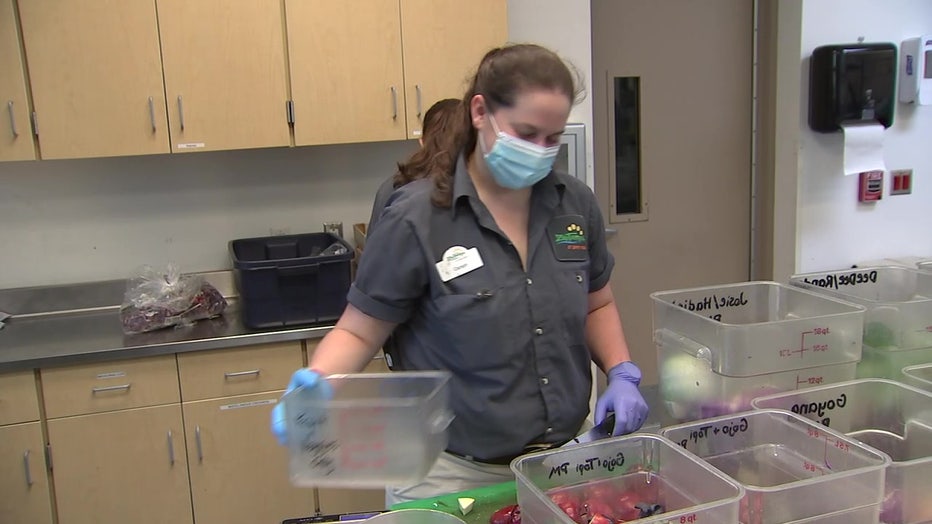 That means going into local lakes and rivers to harvest that natural food, primarily hydrilla and hyacinth, so when the manatees are released back into the wild, they are eating the same foods again. It's not an easy task.

"The animal that eats the most food is definitely the manatees," Pace stated. "They consume 10 percent of their body weight."

So an adult manatee that weighs between 800 and 1200 pounds gets a lot of food. If you think you have what it takes to feed some of the animals at ZooTampa, you can.

Click here for more information on how to arrange to feed the stingrays, the lorikeets, the giraffes, or even the rhinos.