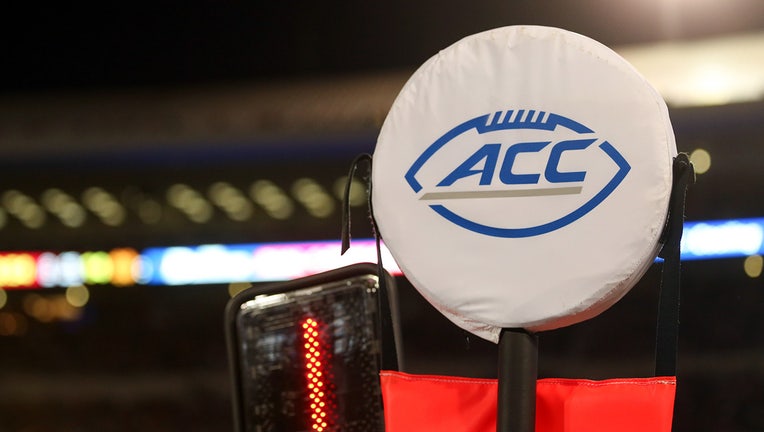 LOUISVILLE, KY - SEPTEMBER 02: An ACC logo during the game against the Notre Dame Fighting Irish and the Louisville Cardinals on September 2nd 2019, at Cardinal Stadium in Louisville, KY. (Photo by Ian Johnson/Icon Sportswire via Getty Images)

GREENSBORO, N.C. - The Atlantic Coast Conference announced an updated COVID-19 rescheduling policy on Thursday that means teams unable to play scheduled games because of pandemic-related protocols on its roster will be forced to forfeit.

The policy will affect teams in football, field hockey, men’s and women’s soccer and volleyball.

All teams forfeiting games will be assigned a loss in the standings, and the team that was prepared to play will be awarded a victory. If both teams are unable to play because of the player shortages, both will be forced to forfeit.

The updated policies come from the league’s Medical Advisory Group.

The update also provides that fully vaccinated individuals will no longer be required to participate in a surveillance testing regime, but testing must still be administered to unvaccinated athletes and individuals that frequently come in close contact with them.