TAMPA, Fla. - E.J. Cumbo was thrown a curve when the New York Institute of Technology abruptly canceled its sports programs last summer for two years. Cumbo's dream of making it to the majors was put on hold.

E.J. is one of the fortunate college athletes. He quickly found a home with the top-ranked University of Tampa Spartans.

"We had seen E.J. in 2019 in the World Series," said UT Spartans head coach Joe Urso. "When he called saying, 'What was going?' on I remembered exactly who he was." 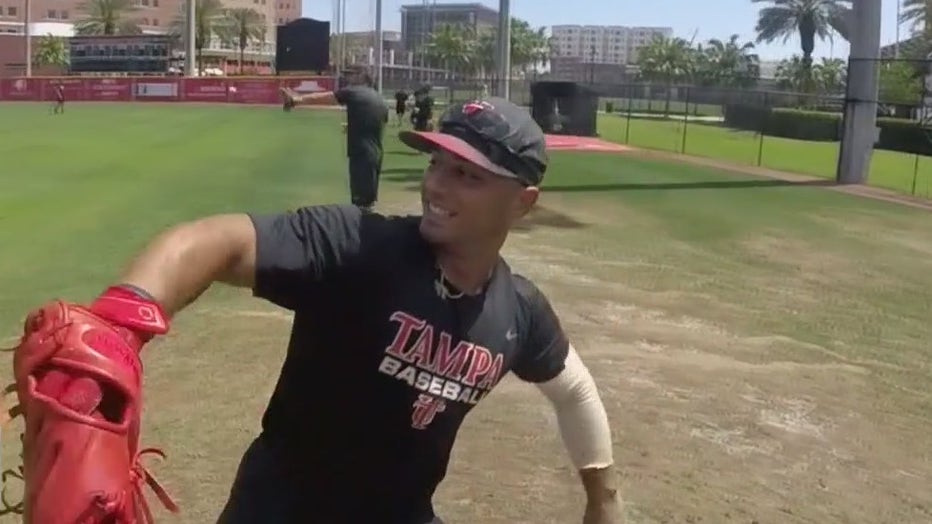 E.J. Cumbo was thrown a curve when the New York Institute of Technology abruptly canceled its sports programs last summer for two years.

The Spartans have won eight Division II World Series and are overloaded with talent, but Joe Urso couldn't pass on adding an All-American outfielder, and E.J. has fit in nicely.

"He has all the tools that the professional guys will be looking at as well," said Urso. "But he's really been an awesome personality to add to our team."

When E.J. arrived in August, the Spartans baseball team had a COVID-19 outbreak in the fall. They've been pretty good this spring, but unfortunately, their opponents haven't. The Spartans have played 11 games with seven postponements. So COVID-19 is still presenting challenges.

"It's devastating for us," said Cumbo. "The first day it happened we just came out and practiced,  got everything done, just prepared for the next day. Because we had a game the next day. Last week the same thing. We were all ready to go got shutdown, but we still got our work in and everything."

Right now, the coronavirus cancellations are disrupting the schedule, but E.J.'s game plan to make the majors is back on time.