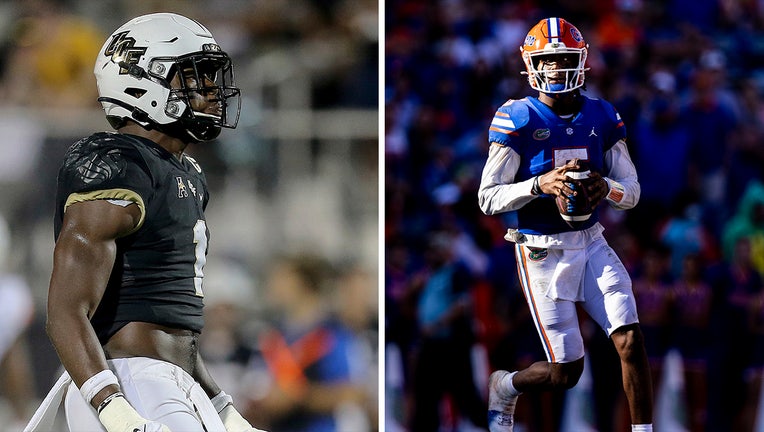 TAMPA, Fla. - Florida and UCF will get a jump on their recently scheduled football series when the teams play in the Gasparilla Bowl on Dec. 23 in Tampa.

UCF has lost both previous games with Florida, the last a 42-0 Gators victory in 2006. These Gators, though, come in losing five of their final eight games.

UCF first-year coach Gus Malzahn has qualified for a bowl game in all 10 seasons he's been a college head coach.

UCF: Knights first-year coach Gus Malzahn has qualified for a bowl game all 10 of his seasons as a college head coach.

Florida: The Gators were a top-10 team in early October before losing five of seven that led to the dismissal of coach Dan Mullen. It took a 24-21 rivalry win over Florida State on the season’s final weekend to secure a bowl game.

UCF: Fifth appearance in the Gasparilla Bowl and ninth postseason trip in the past 10 years.