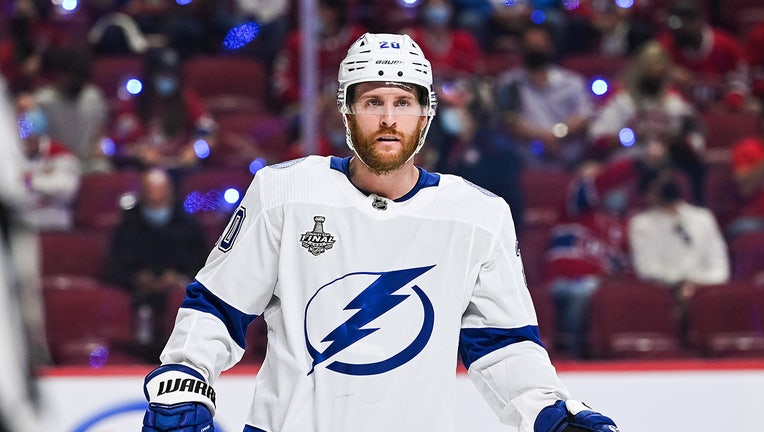 TAMPA, Fla. - On one end of the cap spectrum, the much-anticipated breakup of the two-time defending Stanley Cup champion Tampa Bay Lightning continued.

Forward Blake Coleman left to sign a six-year, $29.4 million deal with Calgary. And defenseman David Savard signed a four-year, $14 million contract with Montreal — the team the Lightning defeated in the Stanley Cup Final three weeks ago.

"We all knew it was going to happen," Savard said about the Lightning’s breakup. "I think everybody in that dressing room knew a lot of guys were going to be leaving this summer, so I know it’s going to be a different team next year. But it was fun. Knowing everybody was going to leave after that run, we made it so special."

Savard immediately fills the hole left on the Canadiens’ blue line with captain Shea Weber’s career uncertain due to a series of injuries.

Tampa Bay did shore up its long-term future by extending No. 1 center Brayden Point eight years through 2030 for $76 million. The Lightning made a handful of other moves, including bringing back 2020 Cup-winning defenseman Zach Bogosian on a three-year deal, forward Pierre-Edouard Bellemare on a $2 million, two-year contract and adding Brian Elliott as a new backup goalie.

RELATED: ‘Nine years with No. 9’: Lightning trade Tyler Johnson to Blackhawks for Seabrook

"I always knew in the back of my mind that I probably always wanted to play for Tampa again," Bogosian said.

A flat salary cap — staying at $81.5 million for a third consecutive season as a result of the coronavirus pandemic — didn’t stop teams from transforming their rosters. It just required teams had to be more creative in clearing space in the days leading up to free agency before completing a combined 60 signings worth a whopping $405 million in the first two hours Wednesday.

"We’re seeing more and more trades where teams are attaching assets to players to move the money, or taking back dead cap space," said Flyers GM Chuck Fletcher, who spent much of the past two weeks transforming his defense by acquiring Matt Ellis and Rasmus Ristolainen in trades.