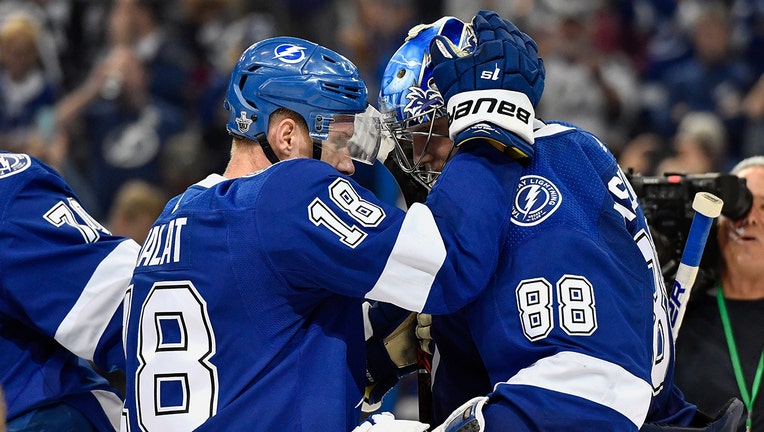 TAMPA, Fla. - It's the most important game of the season for the Tampa Bay Lightning, and the Bolts plan to do everything they can to make sure it's not the final game.

The home team is facing a must-win playoff game against the Toronto Maple Leafs, who lead the first-round series, 3-2. If the Lightning do win tonight, it forces a Game 7 back in Toronto.

Statistically, Tampa Bay’s resilience and Toronto’s lack of recent postseason success are well-documented. The two-time defending Stanley Cup champion Lightning are 17-0 in games following a playoff loss over the past three postseasons. They’re facing possible elimination in a series for only the second time since the start of the 2020 playoffs.

The Maple Leafs, meanwhile, haven’t won a playoff series since 2004. They’ve been eliminated in the first round every year since 2017.

Lightning coach Jon Cooper is confident his team will respond in Game 6. He also acknowledged it’s difficult to imagine Toronto’s recent playoff futility isn’t lingering in the back of the Maple Leafs’ minds.

"That is a hurdle to get over. I’m sure they’re thinking about that. But for us ... we can’t sit here and say, ‘Well, these guys haven’t won in years past, so they’re not going to win again,’" Cooper said.

"Is there pressure on them? No doubt. They’re human," Cooper added. "We’ve been in some of these situations. We have won these types of games before. But that doesn’t mean we’re going to."

The Maple Leafs expect a strong response from the Lightning, but they won Game 3 in Tampa. They’re headed back to Florida feeling good about their chances of finishing the job.

"We believe we’ve got the right mix and all the right things happening to have the confidence to go out and play well," Toronto coach Sheldon Keefe said. "(But) that doesn’t make the challenge any easier."

The puck drops inside Amalie Arena at 7:30 a.m.