The Tampa Bay Buccaneers were back on home turf tonight for their first preseason game and all seats at Raymond James Stadium were sold. The weather may have kept some fans away but FOX 13's Justin Matthews spoke with many who were excited to see the team.

TAMPA, Fla. - Two days after listening to a stirring speech from Tom Brady and receiving glitzy Super Bowl rings during a private ceremony, the Tampa Bay Buccaneers reported to training camp and turned their attention to the challenge ahead.

No team has repeated as NFL champions since the Brady-led New England Patriots hoisted the Lombardi Trophy after the 2003 and ’04 seasons, yet a compelling argument can be made that no reigning champ since has been more equipped to break the trend than this year’s Bucs.

Despite turning 44 early in training camp, Brady is showing no signs of growing old. And with all 22 starters returning, the seven-time Super Bowl winner has a plethora of offensive playmakers at his disposal, as well as one of the league’s top defenses, to help him.

Complacency is a potential stumbling block Brady and his teammates are determined to avoid.

Raymond James Stadium will offer new food and drink items, many from area favorites, when the Super Bowl-winning Buccaneers take the field this fall.

"It has to be the mindset," said receiver Mike Evans, the only player in NFL history to begin a career with seven consecutive seasons with at least 1,000 yards receiving.

"You can’t get complacent," Evans added. "We won last year. ... We’re the defending champs, but we’re not the champs of this season, yet. We have to keep working to try and reach that goal again."

The Bucs finished last season on an eight-game winning streak, including a 31-9 rout of Patrick Mahomes in the Super Bowl. He’s confident team leaders won’t allow complacency to become a problem.

The reigning champions launch the NFL season at home against the Dallas Cowboys on Sept. 9. 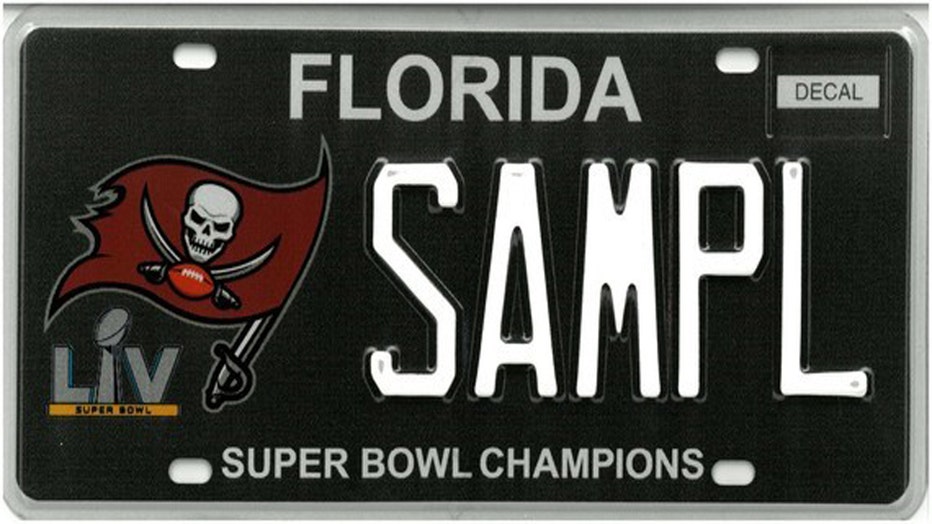 Despite not having training camp, preseason games and a normal offseason to prepare for his first year with Tampa Bay due to the coronavirus pandemic, Brady threw for 4,633 yards, 40 touchdowns and just 12 interceptions in 2020. He passed for another 1,061 yards and 10 TDs vs. three interceptions in four playoff wins.

What has also emerged is another side of Brady, who appears to be enjoying himself a lot more than he displayed publicly during a 20-year stint with the Patriots.

Asked if that can be attributed to getting older, a change in environment or desire to connect more with fans, the quarterback said it might be "all of the above."

"It’s nice that I’ve found my voice more," Brady said. "I really enjoy being around my teammates, my coaches. It’s been a different environment ... playing with this group of guys."

KEEPING THE BAND TOGETHER

Arians and general manager Jason Licht kept a vow to do everything possible to keep a talented roster intact around Brady, who also signed a contract extension that created salary-cap space to help the team to ensure all 22 starters, plus kicker Ryan Succop, remain with the Bucs.

The continuity, as well as Brady’s increased comfort level with Arians’ offense, are among the reasons the Bucs are positioned as well as any defending champ since the ’03 and ’04 Patriots to chase consecutive titles.

The Bucs have led the NFL in rushing defense each of their two seasons under defensive coordinator Todd Bowles, whose game plans helped corral Drew Brees, Aaron Rodgers and Patrick Mahomes during the team’s playoff run.

Barrett, David and Suh were among the players receiving new deals during the offseason. They’re confident the defense can be even better in 2021.

"We weren’t perfect, and we can never be perfect. There is always work to do, and there’s always something to get better at," cornerback Carlton Davis said. "Complacency is the worst thing for an athlete, so we are just trying to correct what we didn’t do well and get better at that while continuing to do the things we did do well."

The Super Bowl rings the Bucs received just before the start of training camp in July are quite a sight. The top features 319 diamonds, reflecting the score of the team’s 31-9 rout of Mahomes and the Kansas City Chiefs in the NFL title game.