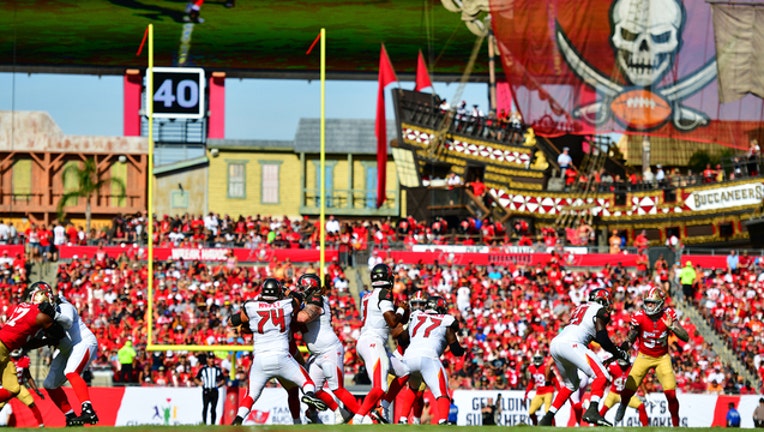 Jameis Winston #3 of the Tampa Bay Buccaneers drops back to pass the ball during the first quarter against the San Francisco 49ers at Raymond James Stadium on November 25, 2018. (Photo by Julio Aguilar/Getty Images)

TAMPA (FOX 13) - After seeing the worst turn-out for a home game in eight years, the Tampa Bay Buccaneers is offer up some freebies in an effort to boost attendance.

The Bucs defeated the San Francisco 49ers this past weekend and only a little over 40,680 people showed up to watch, which is the lowest attendance in eight years. The Tampa Bay team has since announced they will offer two free additional tickets for season pass holders for Sunday's game against the Carolina Panthers, according to ESPN.

There is a limited number, and the tickets will go on a first come, first serve basis. Only the Cincinnati Bengals and the Los Angeles Chargers have a lower attendance average than the Bucs this season.

If you're a season pass holder and want to take advantage of those extra tickets before they are gone, you must do so by Thursday.