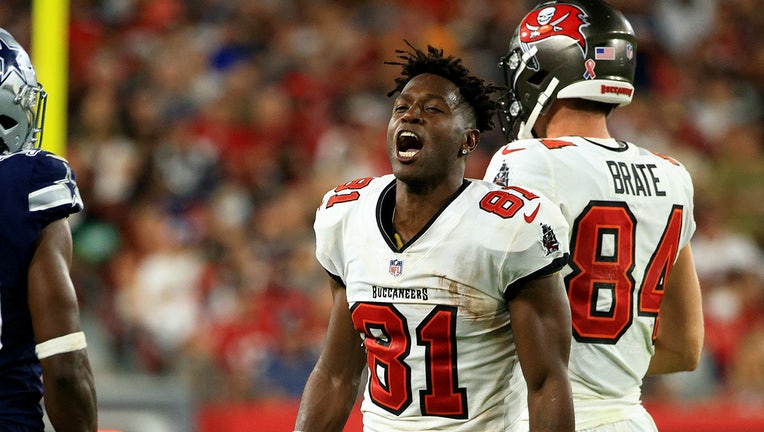 Antonio Brown reacts during the third quarter against the Dallas Cowboys at Raymond James Stadium. (Photo by Mike Ehrmann/Getty Images)

The move means Tom Brady’s best deep threat is unlikely to be available for Sunday’s game against the 2-0 Los Angeles Rams, according to FOX 13’s Scott Smith.

Brown is vaccinated – the Bucs became only the second team in the league to have all players fully vaccinated earlier this year – but league rules require two negative tests separated by at least 24 hours.

While Brown has only six catches on the season so far, he’s number two on the team in yardage, behind only Chris Godwin.

The Bucs-Rams game airs at 4 p.m. Sunday on FOX.