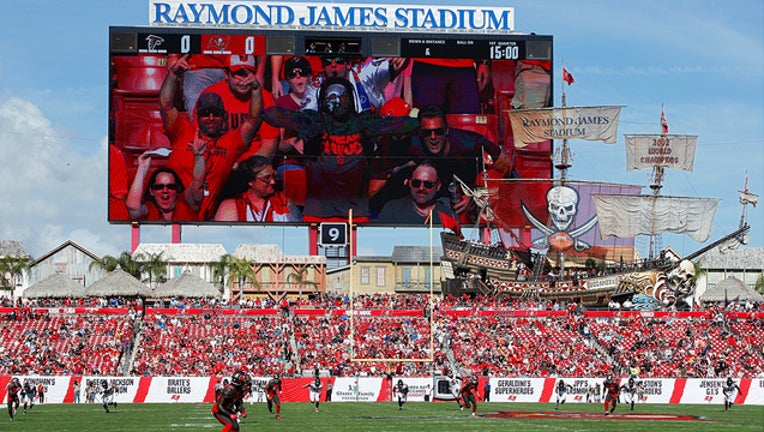 General view of the scoreboard and pirate ship in the north end zone as the Tampa Bay Buccaneers play against the Atlanta Falcons at Raymond James Stadium on December 30, 2018 in Tampa, Florida. (Photo by Joe Robbins/Getty Images)

TAMPA, Fla. (FOX 13) - Football season is officially upon us in Tampa Bay.

The Buccaneers' preseason kicks off Friday against the Steelers in Pittsburgh. Someone fans may not see much of is starting quarterback Jameis Winston. Starts typically have a more prominent role by the third preseason game.

Head coach Bruce Arians said the young players are going to play the majority of the game – about 80 percent of it.